Hello all. Today I present to you what I have been working on for a few weeks : he game Péril en Daïza

Peril en Daiza is an Aventure-Puzzle Game, made with Godot Engine. When I started to work on it with other colleagues, the game was already well advanced, even finished on many points. Our goal was to finish it, to correct the bugs, and also, and this is what I worked on: to make the game's interfaces, which were not present. 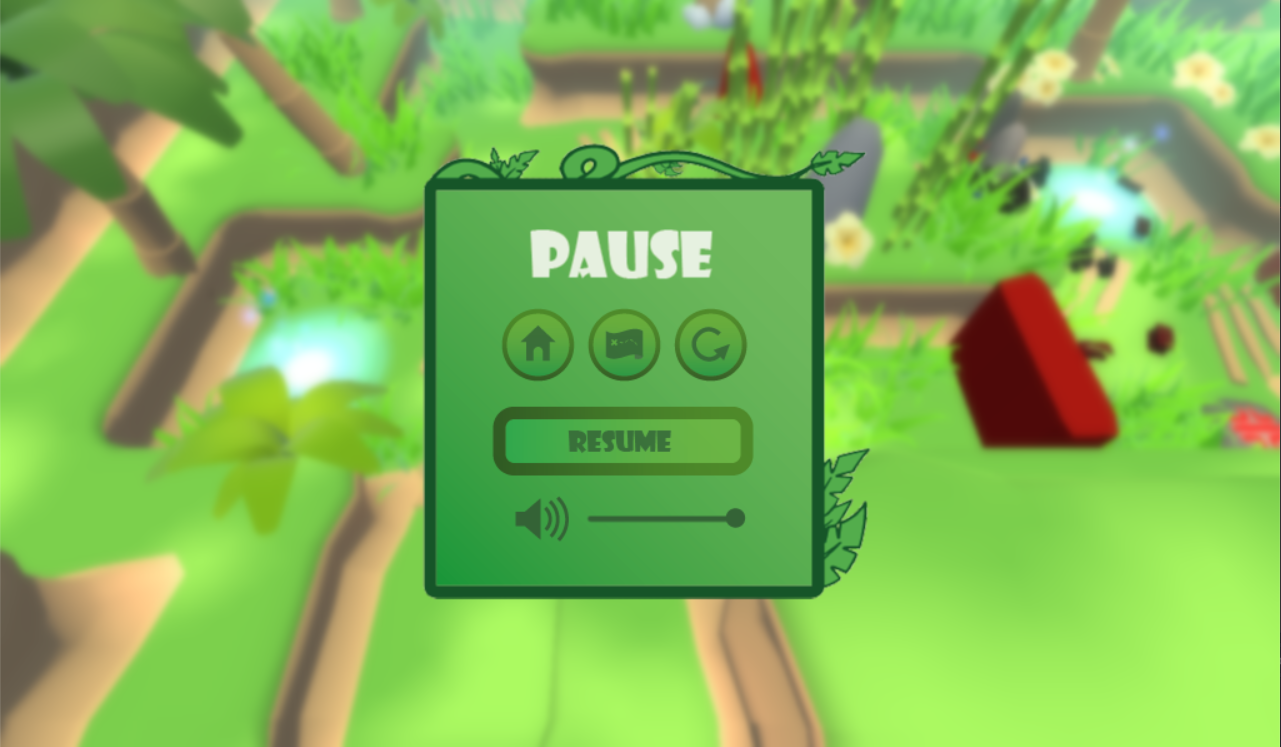 I then made the main menu, or rather the Save menu. At the beginning composed simply of save buttons, we preferred to add the number of finished levels, animals saved, as well as time trials completed in order to give the player an overview of his progress. There is also a save deletion possible! (Note: the save buttons light up when you hover over them or click on them, and the crosses turn red when you hover them as well). 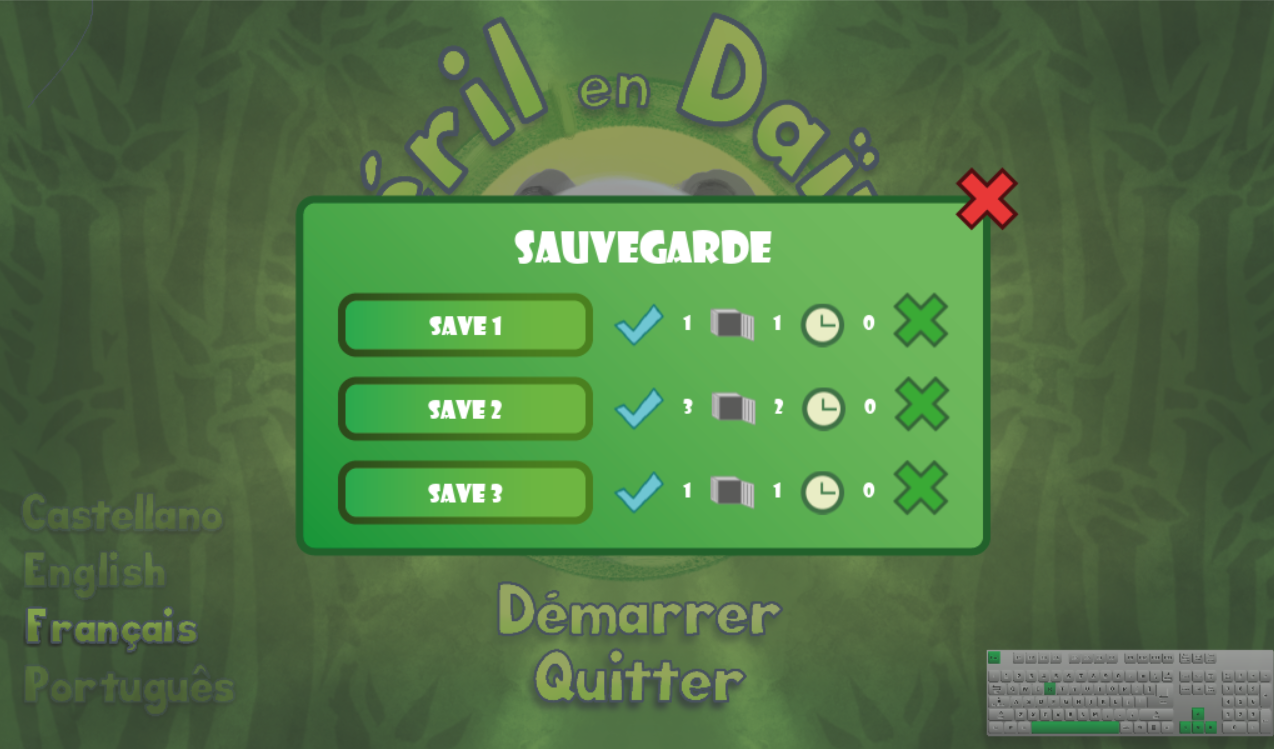 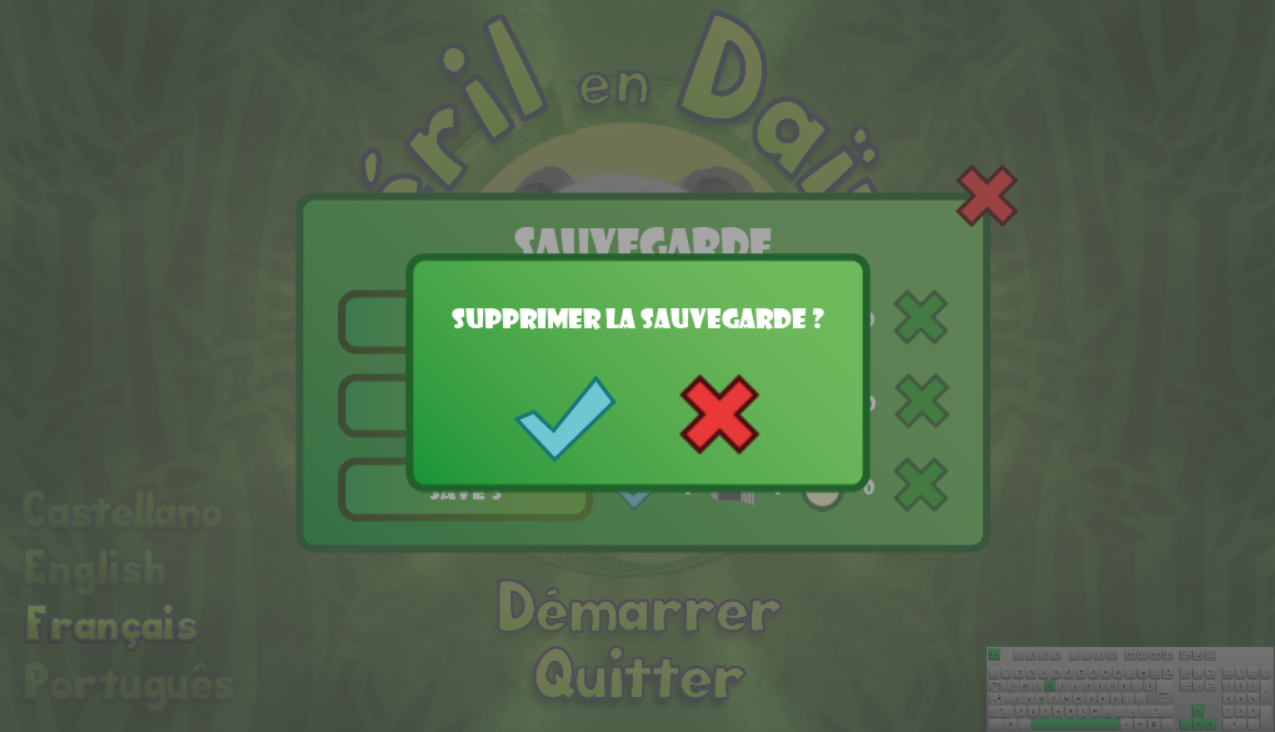 When the player will finish a level, there will be a small animation of the panda (the hero of the game), with a summary of the level next to it, namely the 3 objectives, and if they are accomplished or not (finish the level, cage recovered, finish in time) as well as their corresponding blue bamboos, which one gains by completing these objectives. I can't show it to you here but there is supposed to be an animation for each appearance of an objective on the menu! 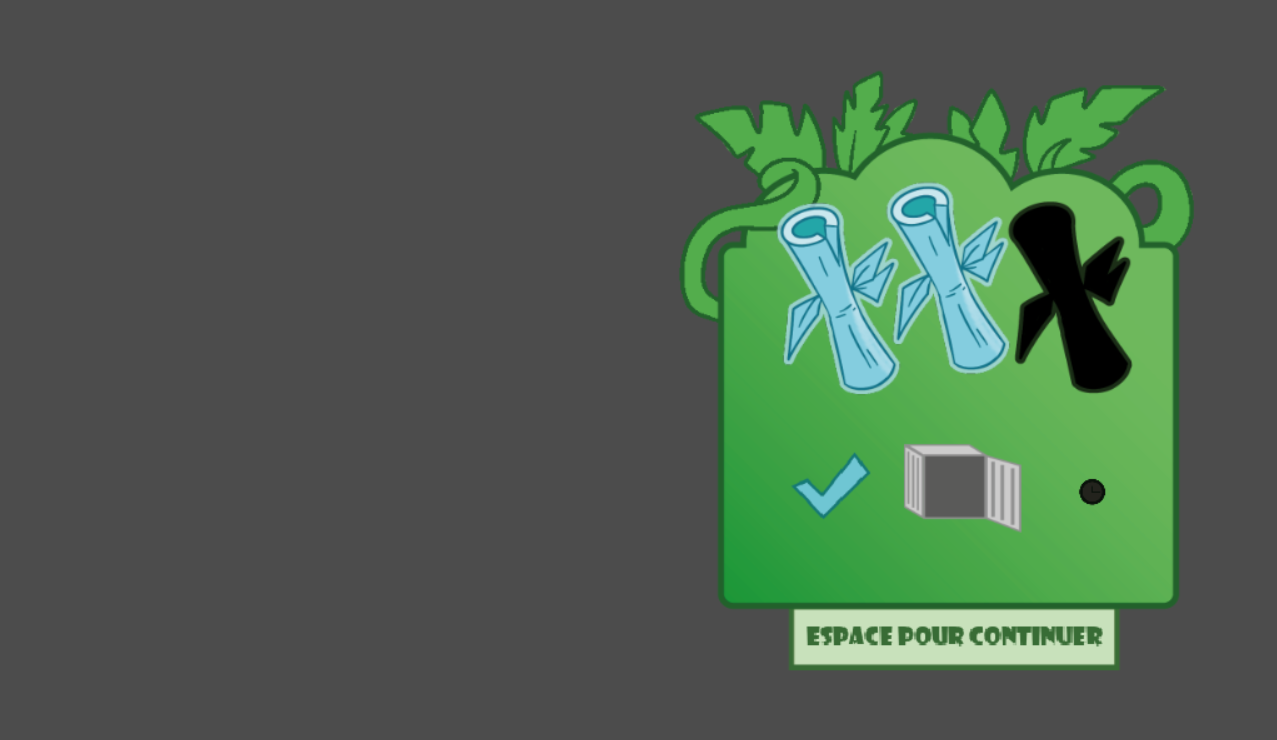 During the game tutorial, an old panda explains the controls to the player. These indications are transcribed in a dialog box that I designed, made up of bamboos and which therefore recalls the game logo! 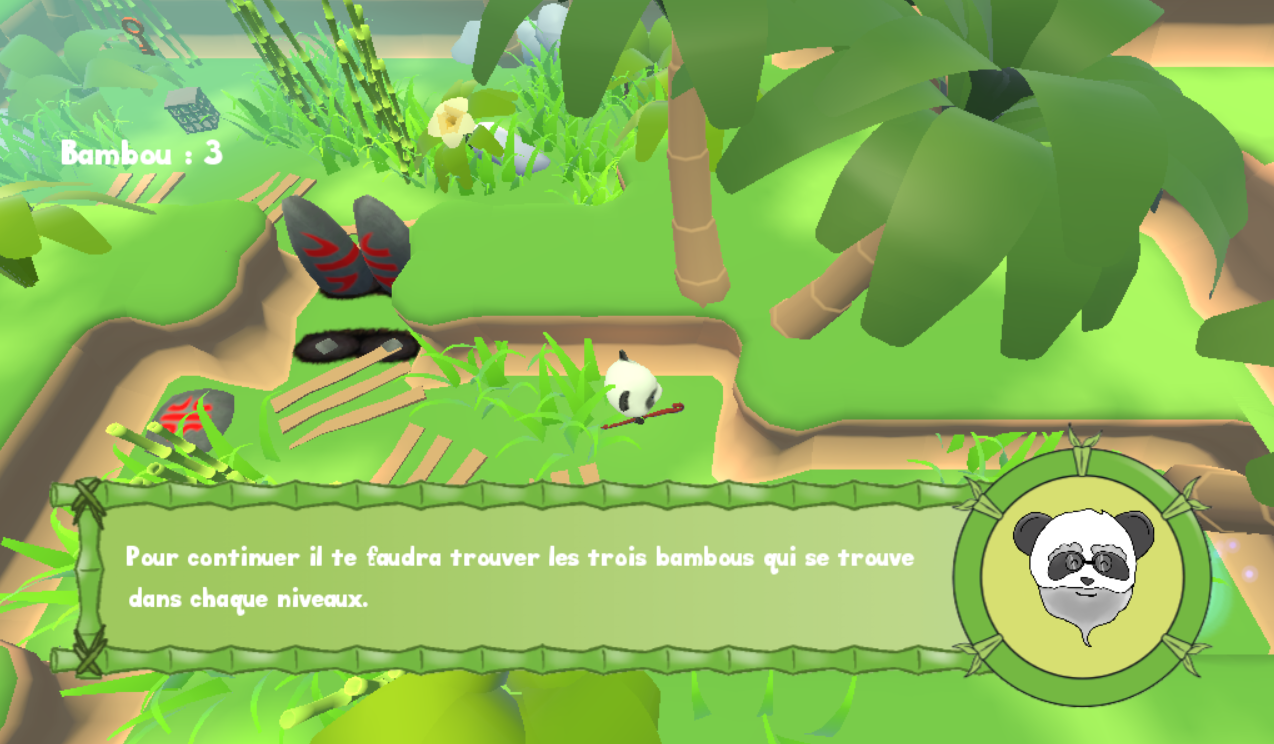 It's not much, but I've also reworked the level summary on each teleporter a bit. The window is in blue tones, allowing to make the connection with the teleporter's colors, and the icons of the objectives of each level are visible, in gray or in color depending on whether they are accomplished or not. 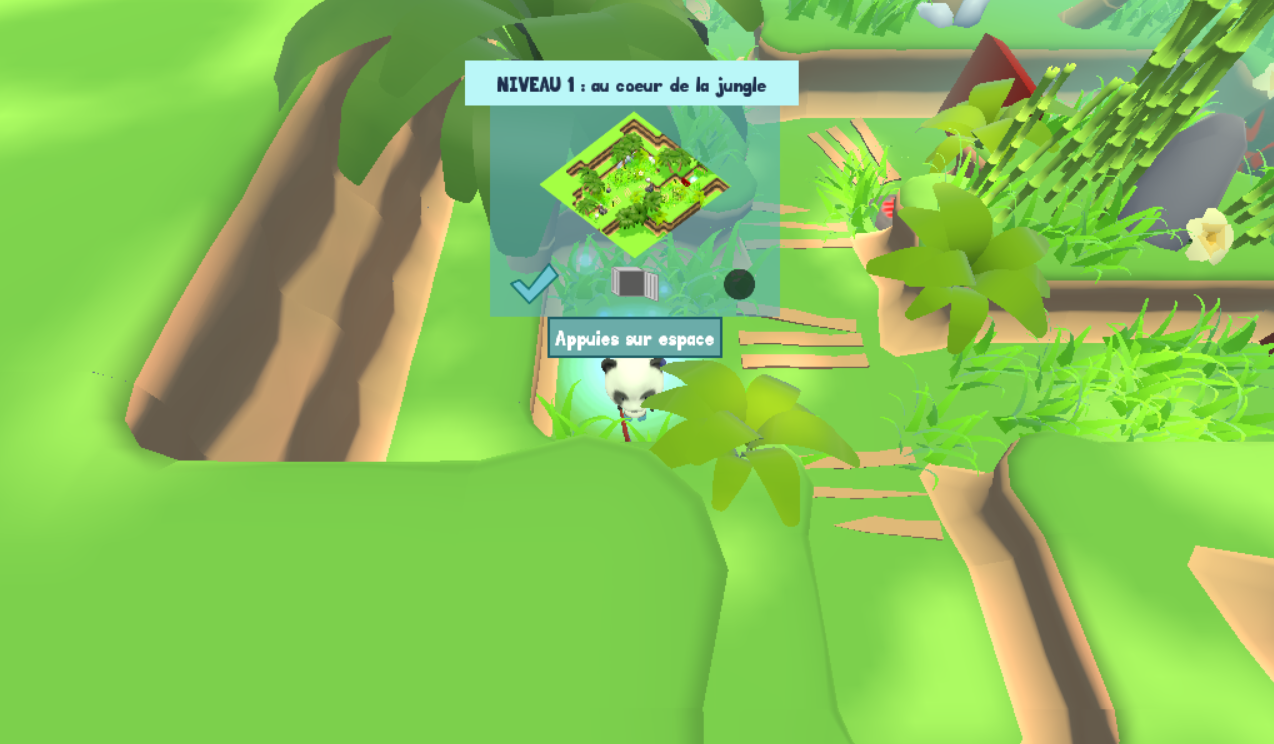 I also made some 3D assets for the game, like trashes that would be placed next to the levels to indicate if they are not finished, but also two 3D animals, which would be those that we save by recovering the cage in each level! 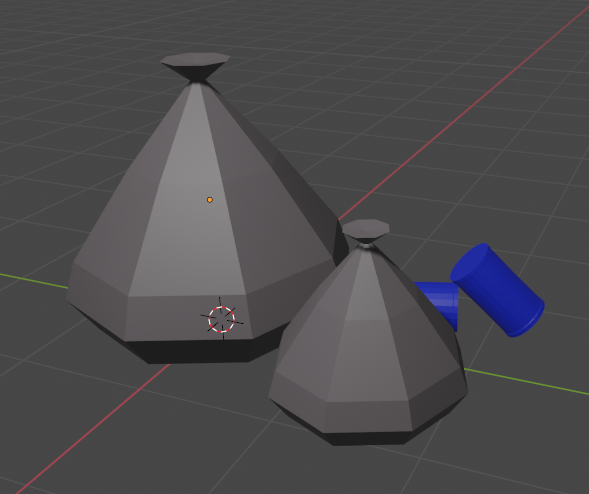 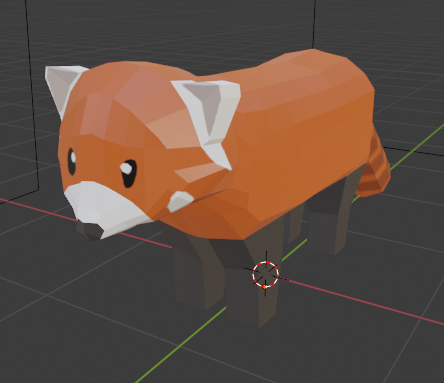 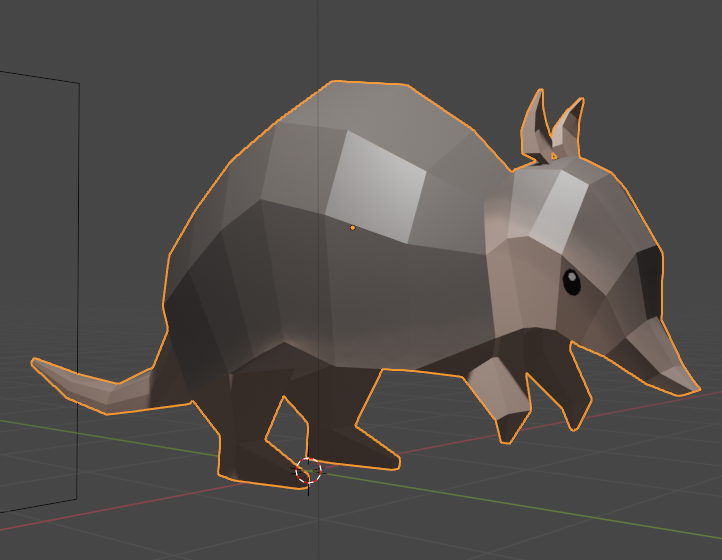