It was a game on blender, but it was reworked on Godot.

The game was advanced, we take it to improve it in the purpose to release it.
So we have fixed bugs, and add new features after share some ideas, a booth was created for potential convention.
We also did some communication, I made for example a Discord server.

In this game you play as Zhu, a little panda, who have to save the bamboo forest from men, for this, he needs to collect blue bamboos, to awake the Panda god who can save them.

I mostly worked on the add of a new feature, the blue bamboos one, which wasn't in the old version, and I will speak about it today.

In the initial game, you have some levels, which are in a HUB, that you will unlock by finishing other level.

In these levels you have to collect green bamboos to open a door which block the exit.

You also have a cage, which represent an animal to save which can be open with a key.

But it wasn't useful in this version.

To give more importance to these cages, and bring challenge, we added a secondary goal, blue bamboos.

It's simple. In each level, you have 3 challenges:

The first one is to finish the level.

The second is to save the animal.

And the last one is to finish the level before the end of a timer.

All challenges give 1 blue bamboos.
At the end of the game you got a door which need a specific number of blue bamboo, which lead to a little surprise.

To add this feature I have search in the code and add or modify it.
In the first time, I display the amount of finished levels, and saved animals. Later the amount of timer challenge succeeds.
The goal is to distinguish the different saves. 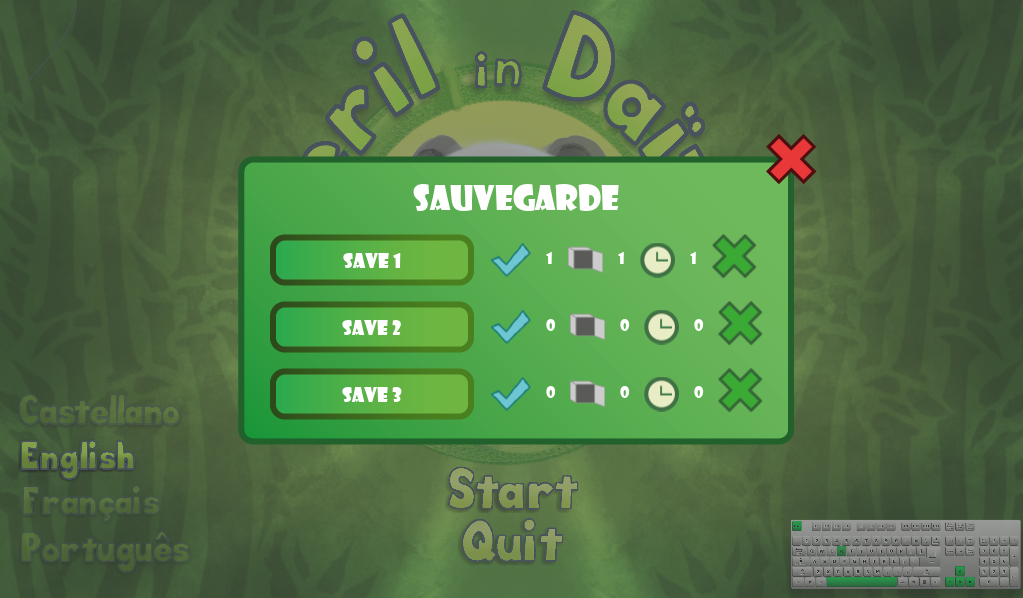 The condition for the levels ended and the saved animal was already there, so I used them.

Then I tried to put a timer with a specific time for each level.
It was more complicated because it wasn't my code.
First, I tried to display it in the levels by the HUD scene.

I begin with a timer which was there, but it gave the global time, and it was display only in the pause menu.

So then, when the timer was display in each level, I needed to refresh it each second.

Because the first timer was only refresh when I took bamboos or if I open the pause menu.

To do it I changed the function where it was call.
After this I put an export variable, to be able to choose the time for each level.
I got a timer that counted down and stop if it reaches 0. I added the condition if to validate the challenge if the player finish before the end of the timer.

My timer was ready !

Finally, I add a variable which count all challenged succeeds, to get the number of blue bamboos that the player have.

I just had to make the door.
I used the door scene which already exist, and I modify it.
After many bugs and problems, everything worked.

So I changed the HUD interface to put the global number of blue bamboos in the HUB, and some illustration that change if the challenge is succeeds or not. 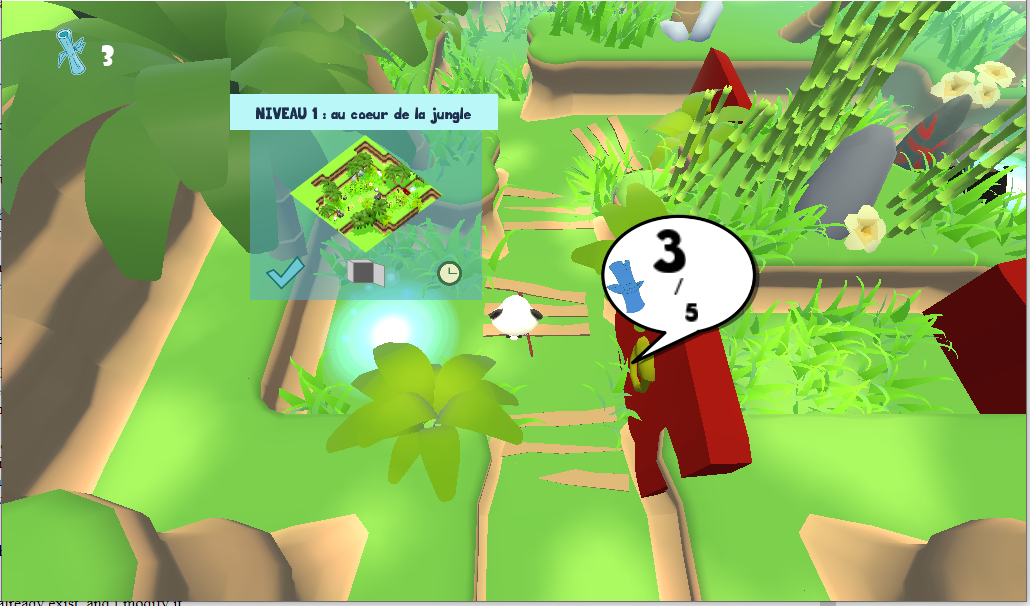 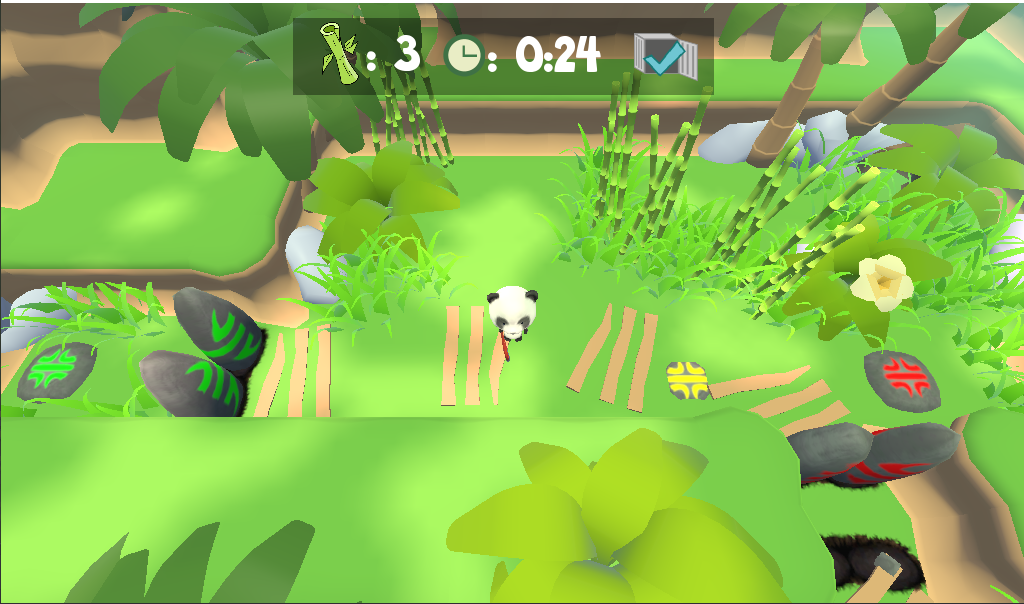