Project : Godot Engine
The purpose of the project : Create a 2D game with godot

In this article I will show you the upgrades I've done on my game.

Objective of the game: Kill the most ennemy possible.

Last time I was working on ennemy eagle movements.
So now, they can move randomly on a direction during X seconds,stop moving and begin to bend their bows, then they shot before move again.
I put a "!" red before they shot to warn the player.
If the arrow hit the player, he lose, The player can attack the arrow, they will flip in the air and disappear.

The player have now a charged attack, if you hold the attack botton during 1 second or more the charged attack will be ready, when you released it you kill ennemy around and block arrows.

I change the map and add trees.
The ennemy can spawn behind trees, an animation play before they spawn to warn the player.

I add random on lot of things to diversify a bit the game.
The ennemies spawn
The ennemies speed for the bears, you can have slow bears and fast bears
The position of obstacle on the map when the game start.

I put a menu which start when you launch the game and when you lose, actually there is a "Play" button, the score of your last game, and a picture showing the controls. 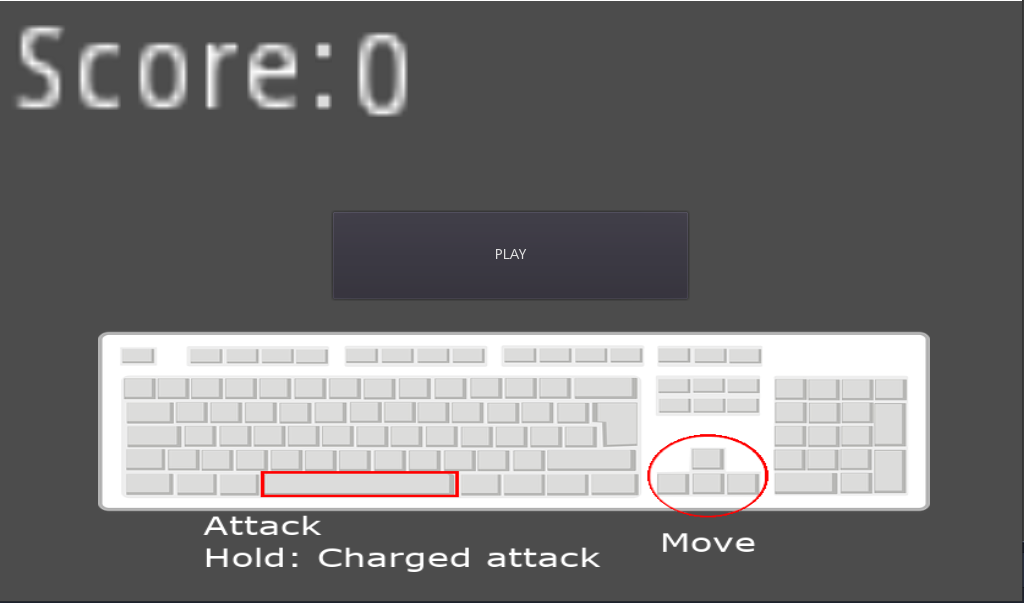 If i can continue to make this game, I would add a story mode, different levels with different maps and ennemies, news ennemies with their own ability (Maule who will dig under the player, boar who will charge one the player...), add boss and bonus, new character for the player (a character with a bow with his own attack or charged attack for exemple...) and a multiplayer mode.