Base of the project :

For this project, we are two game artists, Tanguy Herbert and me.

We are working on a visual novel, an electronic "interactive book". We chose to work on the Star Wars Universe, with the base of the Mmorpg Star Wars The Old Republic (SWTOR), we wanted to write an history on the "mystic" side of Star Wars, the Ligth and Dark, what it their psychology and what kind of person the player is.

Hylda is a young Sith who have doubts about herself and the Sith's way. Her mission is to chase a jedi who find his master's spys by some way. In this mission she will go completely on the Dark Side or the Light Side or maybe find an other way between the two.

Hylda is a neutral woman, not bad or good. She is a great way for the player to play his own way. The chase of the jedi permise us to face the dark and the light side and the philosophy of the two sides. This duality make the history interesting and our character too.

We wanted at the start to create a begining of script, just Hylda chasing the jedi and meet 4 peoples before for let the game see if the player is playing the light way or the dark.

But it didn't worked really, the 4 peoples were always the same and the choice change just the end, not the way to get it. So Tanguy decided to rework it completely. At the same time I was trying to create the main character.

I know that one month is really short for create a game like this so i decided to use directly the character's creation tool of SWTOR for the design, then i redrawed it on Krita, and I succed to have something good. 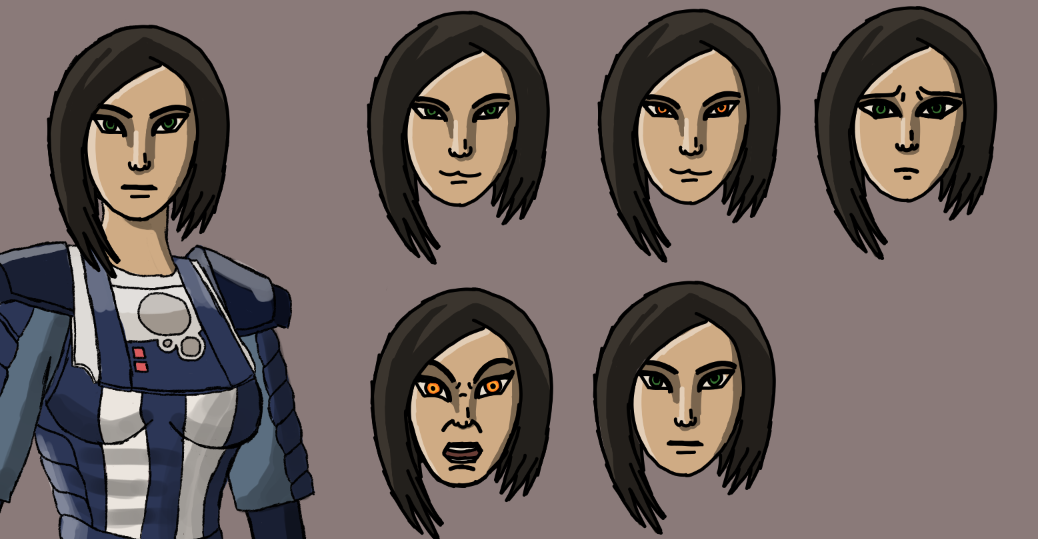 After this i started to work on expressions (Anger, and Smug actually ^^'), and it was pretty good but the difficulty was just after, with the drawing of the finals draws, i wanted to created at least 2 or 3 at the end of the week, I succeded to draw only one and with so much difficulty than I wanted to sleep after succeded it. The problem was this : I don't know how to combine realism of the human body's part and my own style. On the concept my style was close to the franco-belge's comic art, but on 3/4 my draw was close of the manga's art. It's too inconsistent to be on a visual novel. 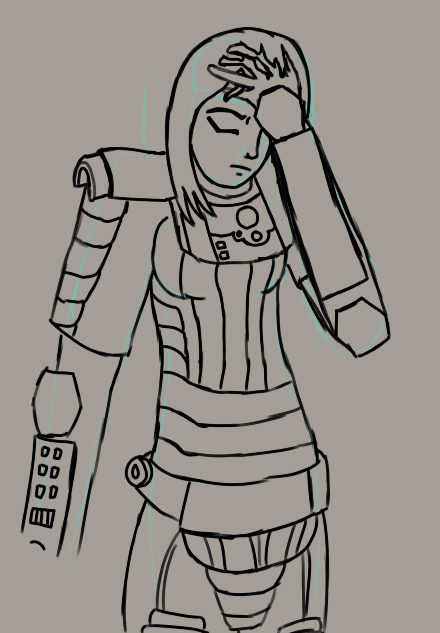 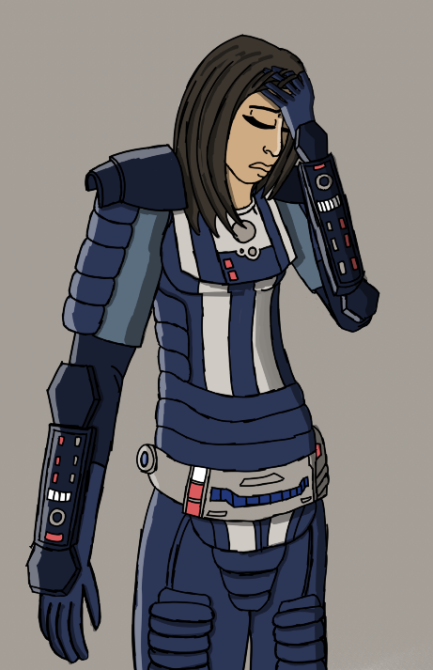 Future of the project :

I really need to draw more and more for improve my skills, i actually don't succed to be efficient on the drawing of Hylda, and it's only ONE character of the game, i will need to improve my style and have a solid base for my drawings, i succed the 25/9 on the drawing of a knight but it will be harder and harder when it will come to the 3/4's views that i need to do for this project. Maybe it should be better if i just stay on front view. 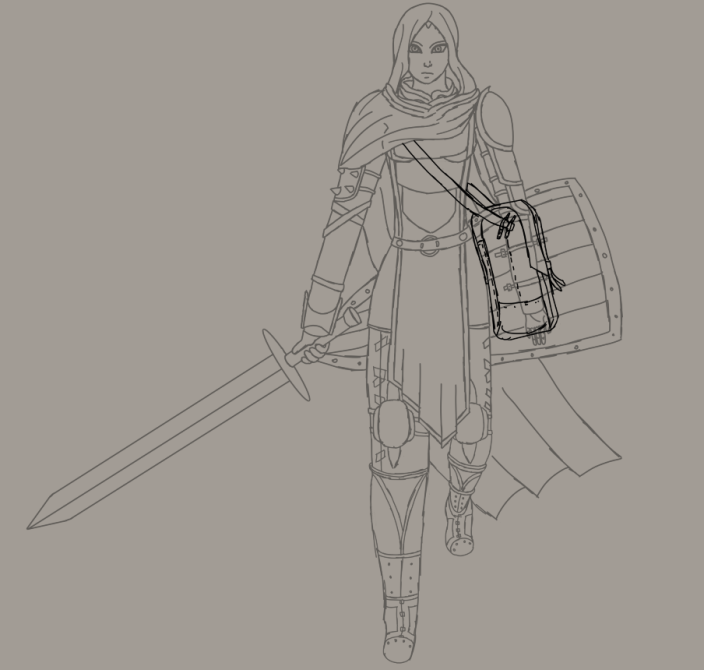