Today, I will talk about the evolution of our game (with Léa) : Food Adventure.

This article is the third part of a serie of article about a game that I made with Léa ! If you haven't seen the two other parts, I think you should go read them because it shows some things that are not there ! The links are at the bottom of the page.

During this week, I made some other designs for the game. In the beginning of the week we've discovered that we didn't have 2 weeks to finish the game but 3/4 days, so sadly, we had to leave behind some things, like some malus like the Pan or the Machete, and most importantly we didn't have the time to make some other playable characters :c

Well, that being said, let's see what i've done this week !!

In the 2 levels that we already did (the fridge and the kitchen) i added some elements : some plateform, like a key, the lamp, some shelves, a plant, the radiator and an empty glass (note : we can enter the empty glass, because it's fun) ! Also, if you have seen my 2 others articles, the final level-design of the fridge and most importantly the kitchen is not what i've shown, because Léa have placed the plateform differently (and honestly, it's better !). Sadly i don't have any picture :c 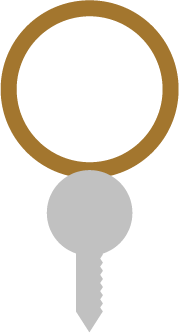 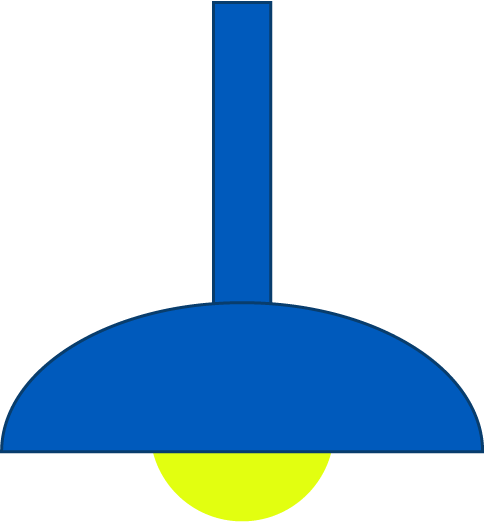 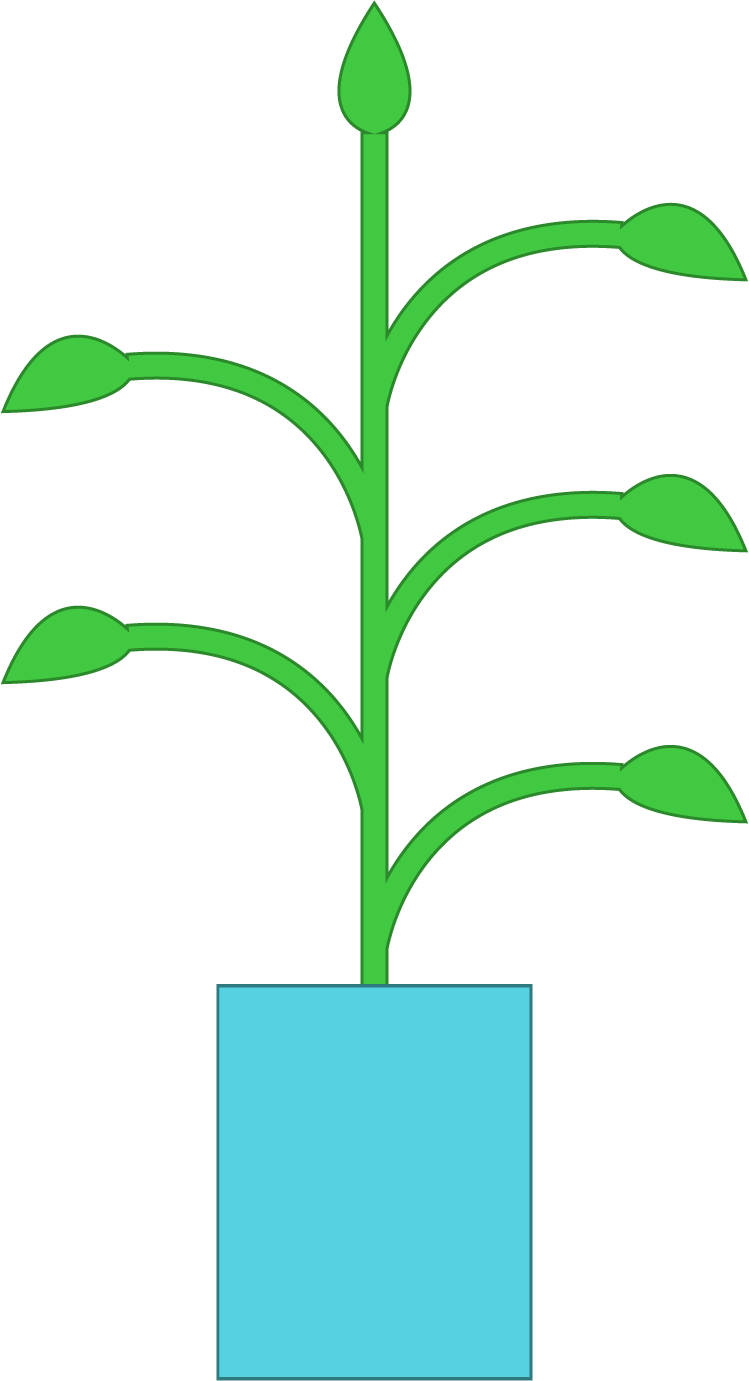 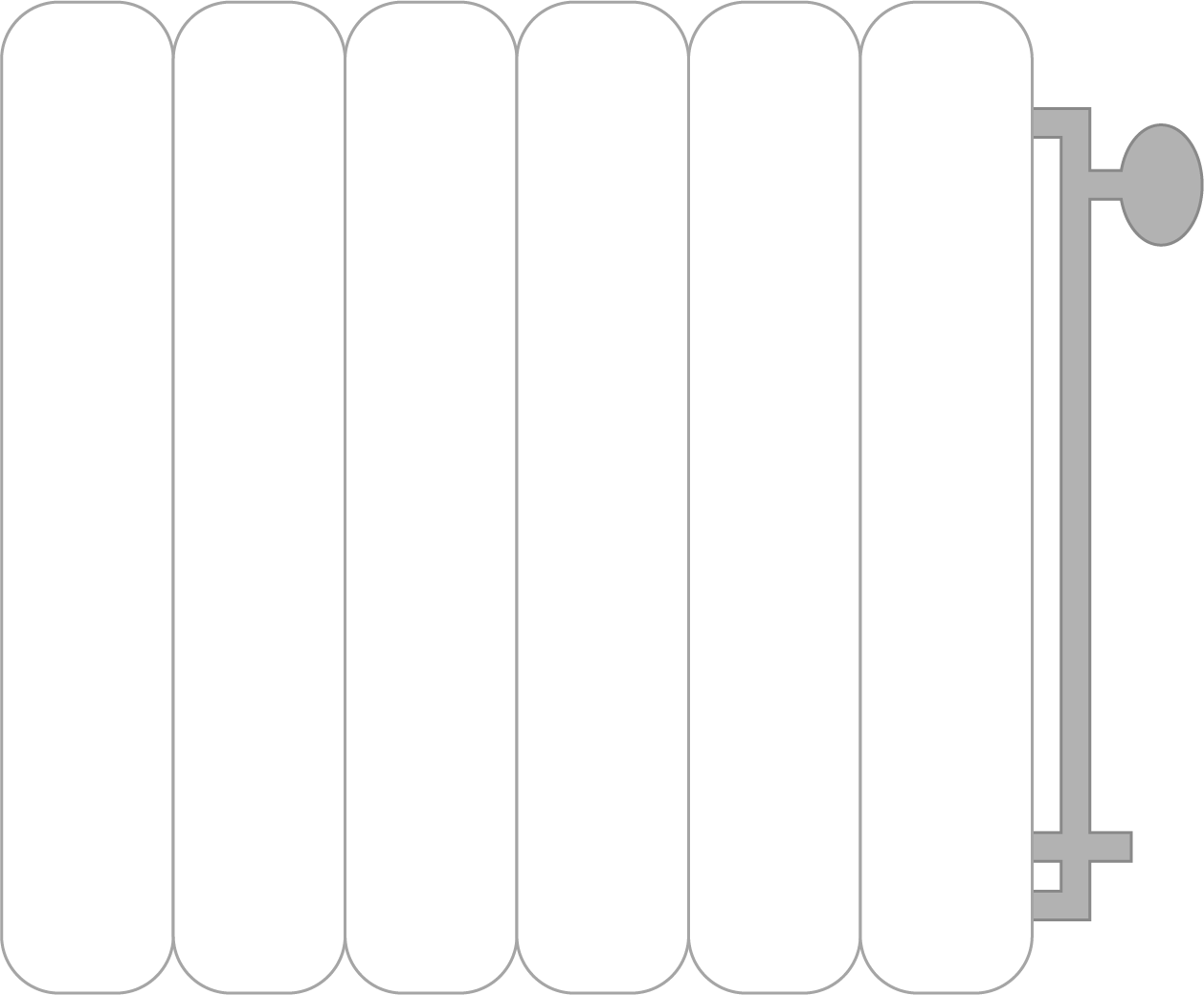 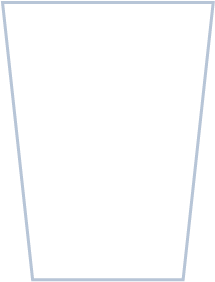 Also, for the Kitchen Level, i've done some animation for the background !! First, the clock is moving ! You can see the minutes and hours going on ! It's not at real time, but it's fun anyway. Also, i've done an animation for the Cat. Now, when you are next to him, it will move his tail.

For Malus and Bonus, I created some new assets for the animation when the knifes rain, and when there are hot bubbles ! It's just a cloud, where knives are from, and also some different images for the bubbles and the knifes that falls, because it's better if it isn't the same as the picture for the malus !

The major part of the week, I've done some illustrations for the game ! The introduction was made last week, but I made some more :

First, the animation when you finished the first level, the tutorial, and when you meet the old mushroom. It's a short cinematic that shows the mushroom talk to you about how to escape from the fridge ! 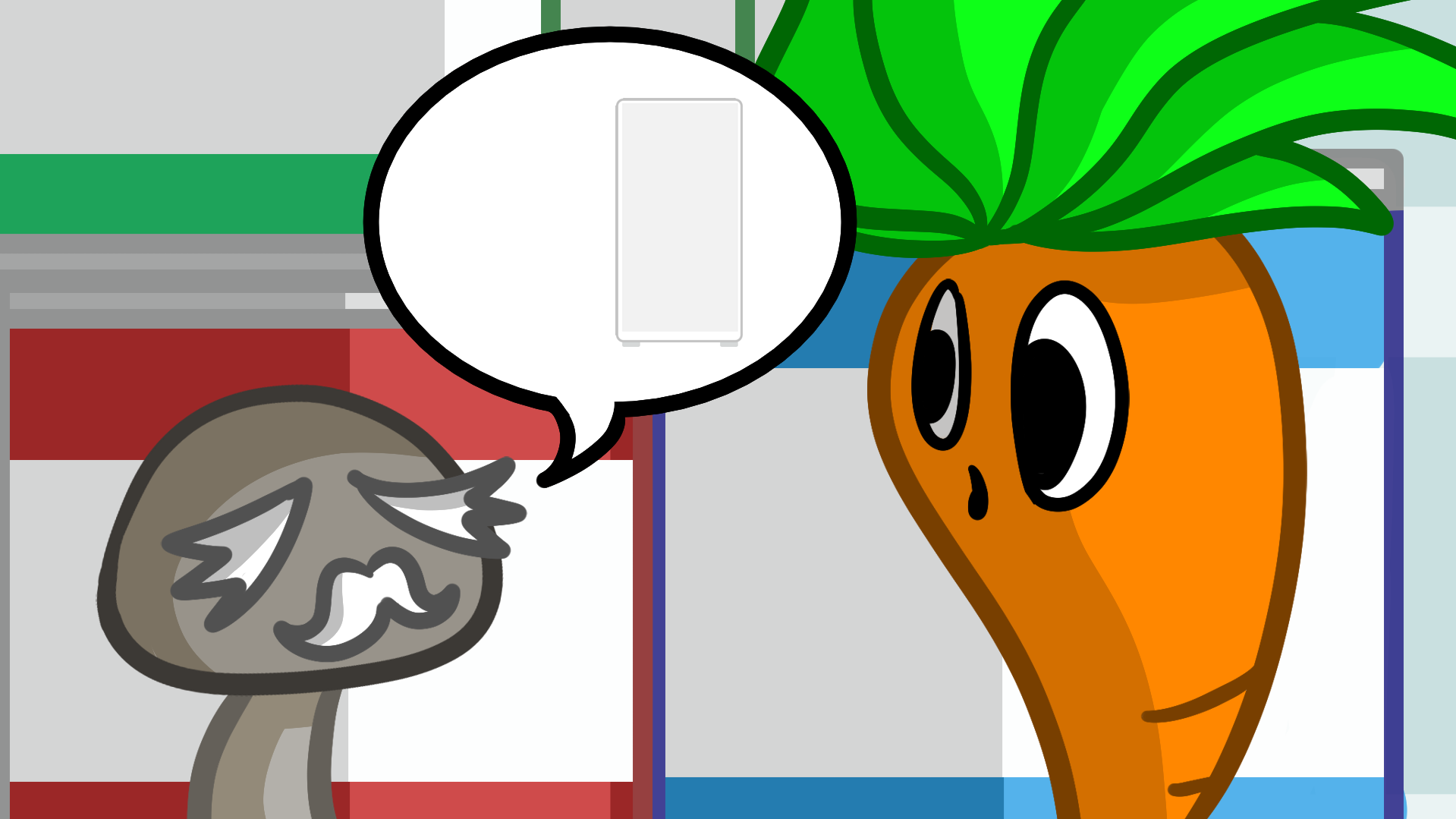 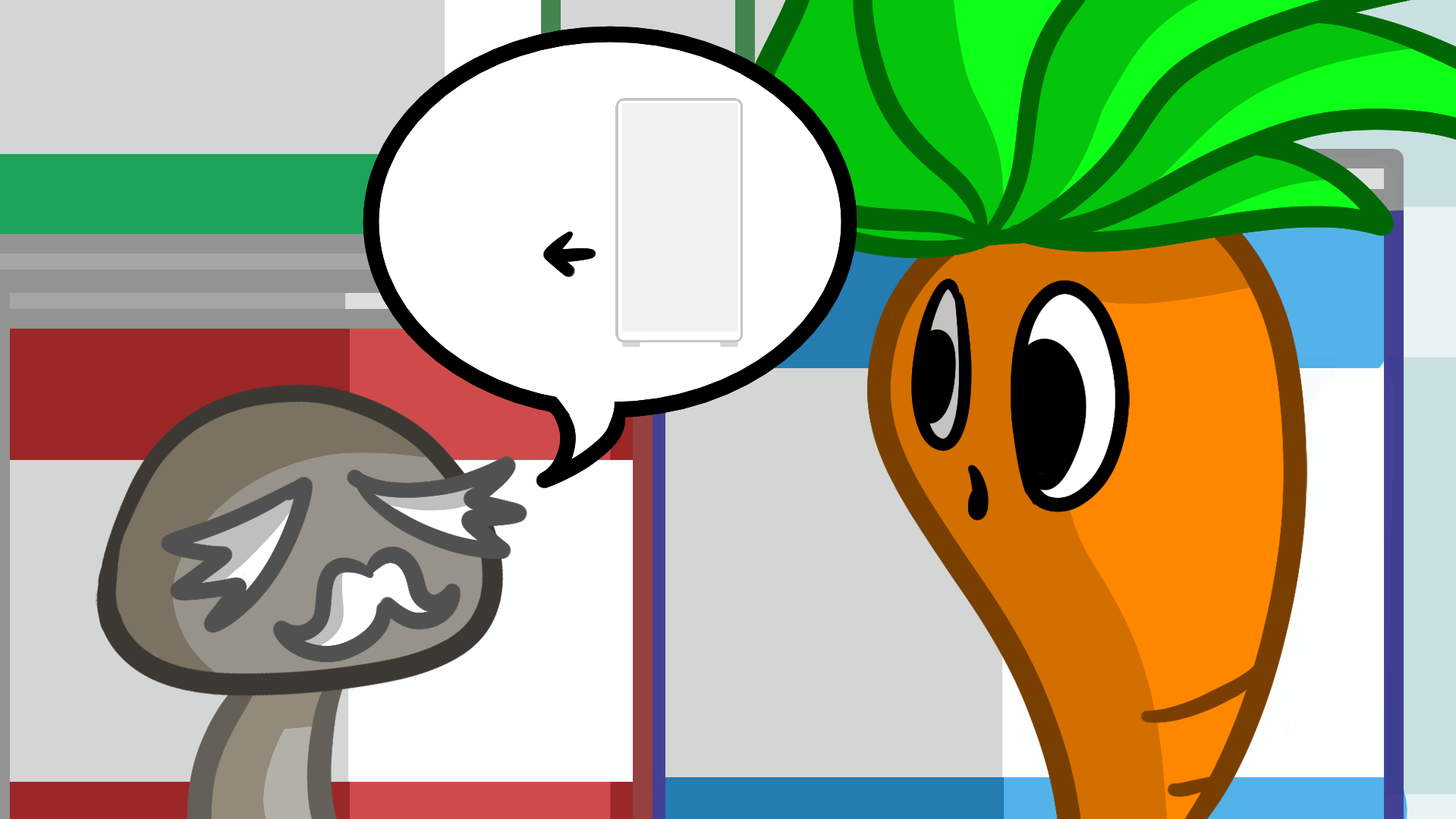 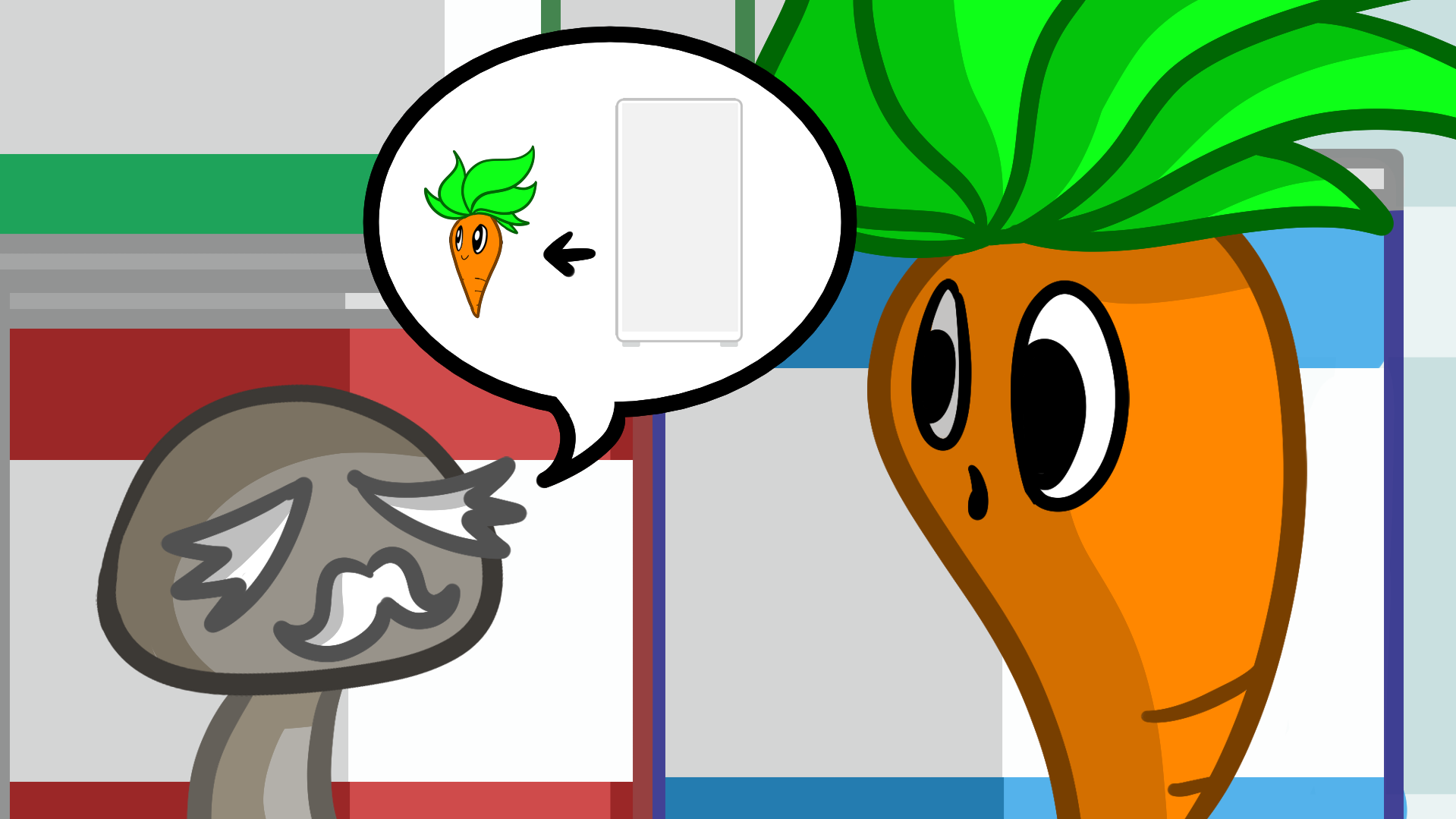 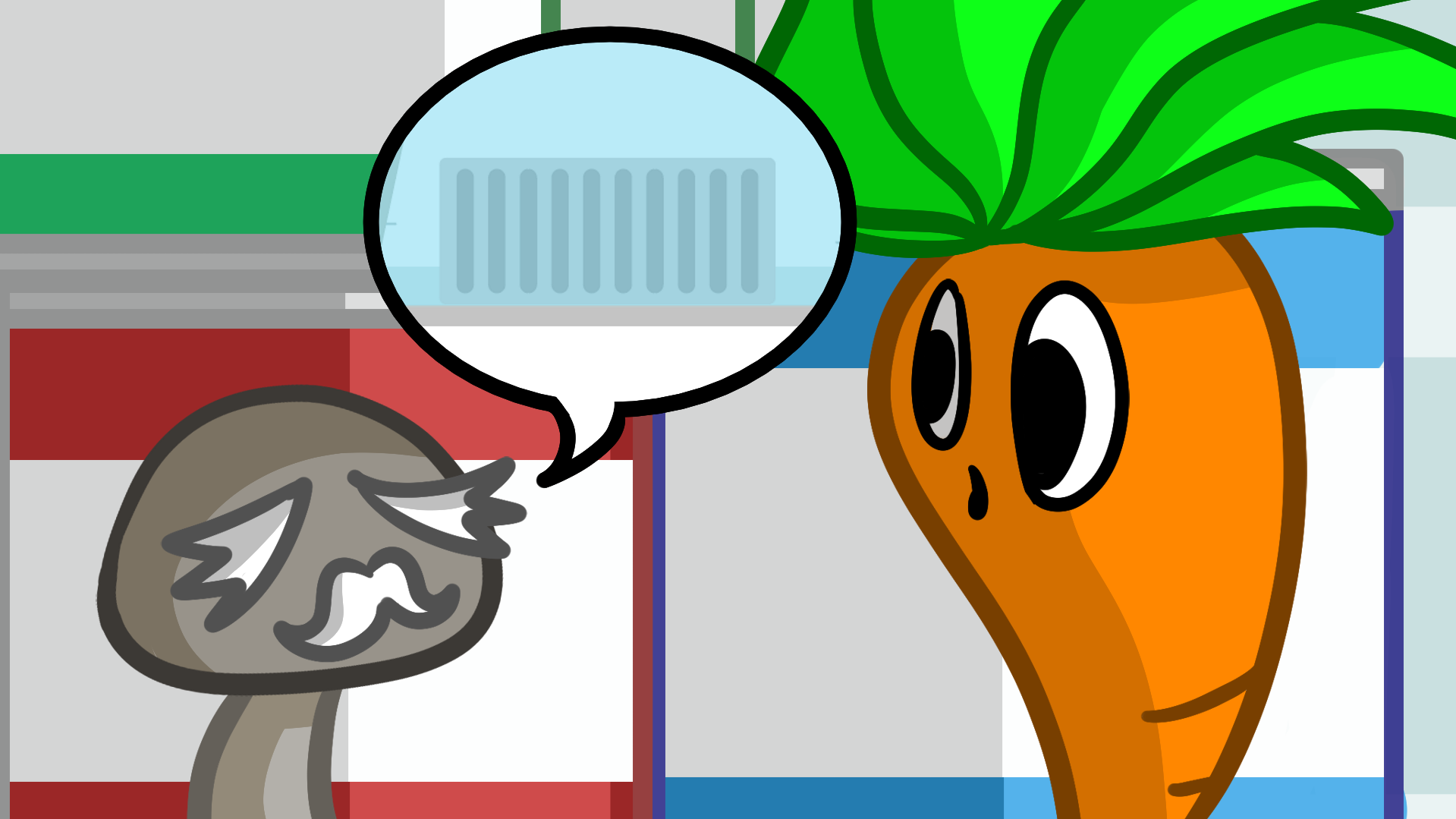 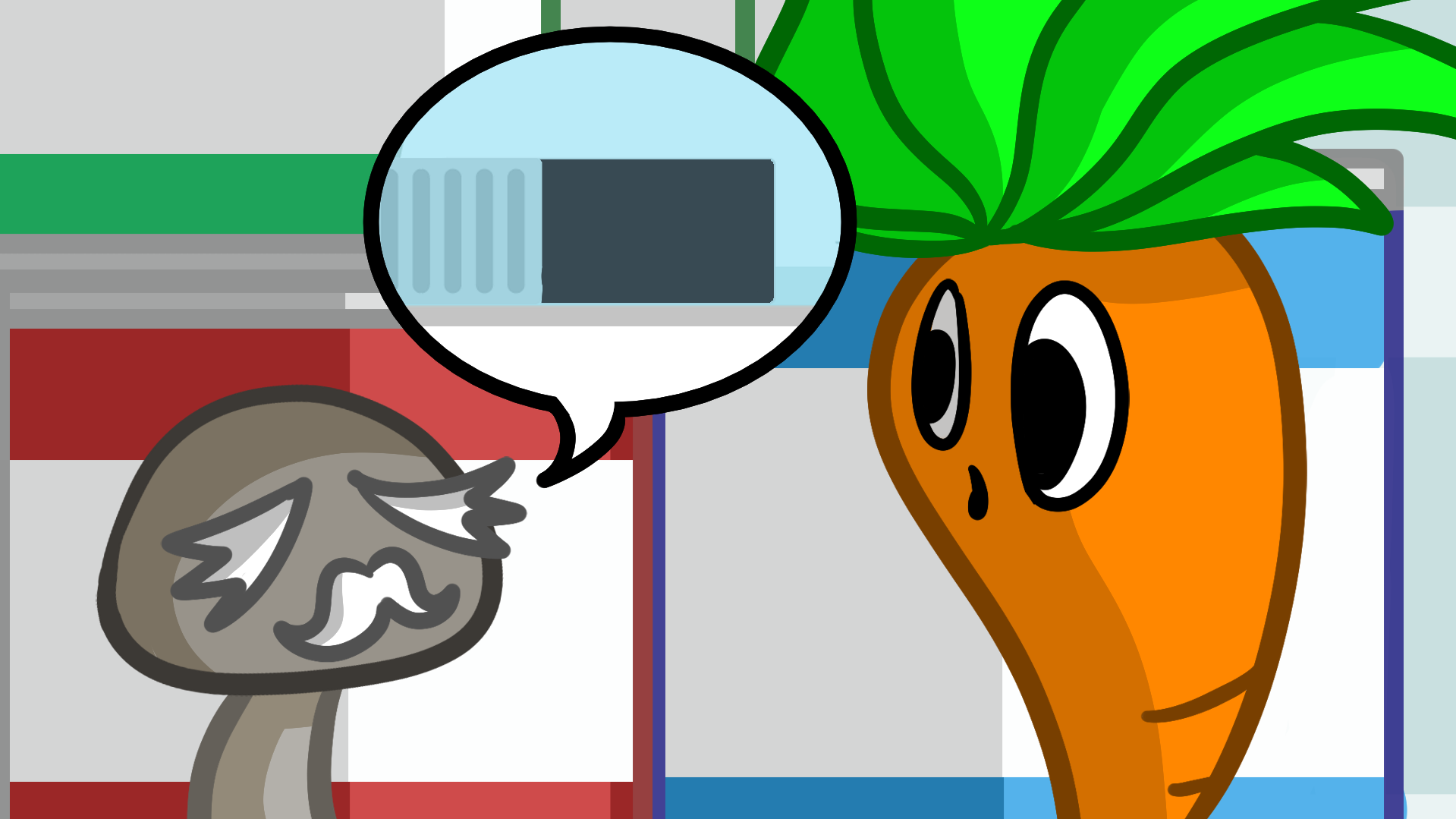 Then, it's a even shorter cinematic, at the end of level 2 (it's when you have to go in the bottom of the frige) and it shows yourself escaping ! 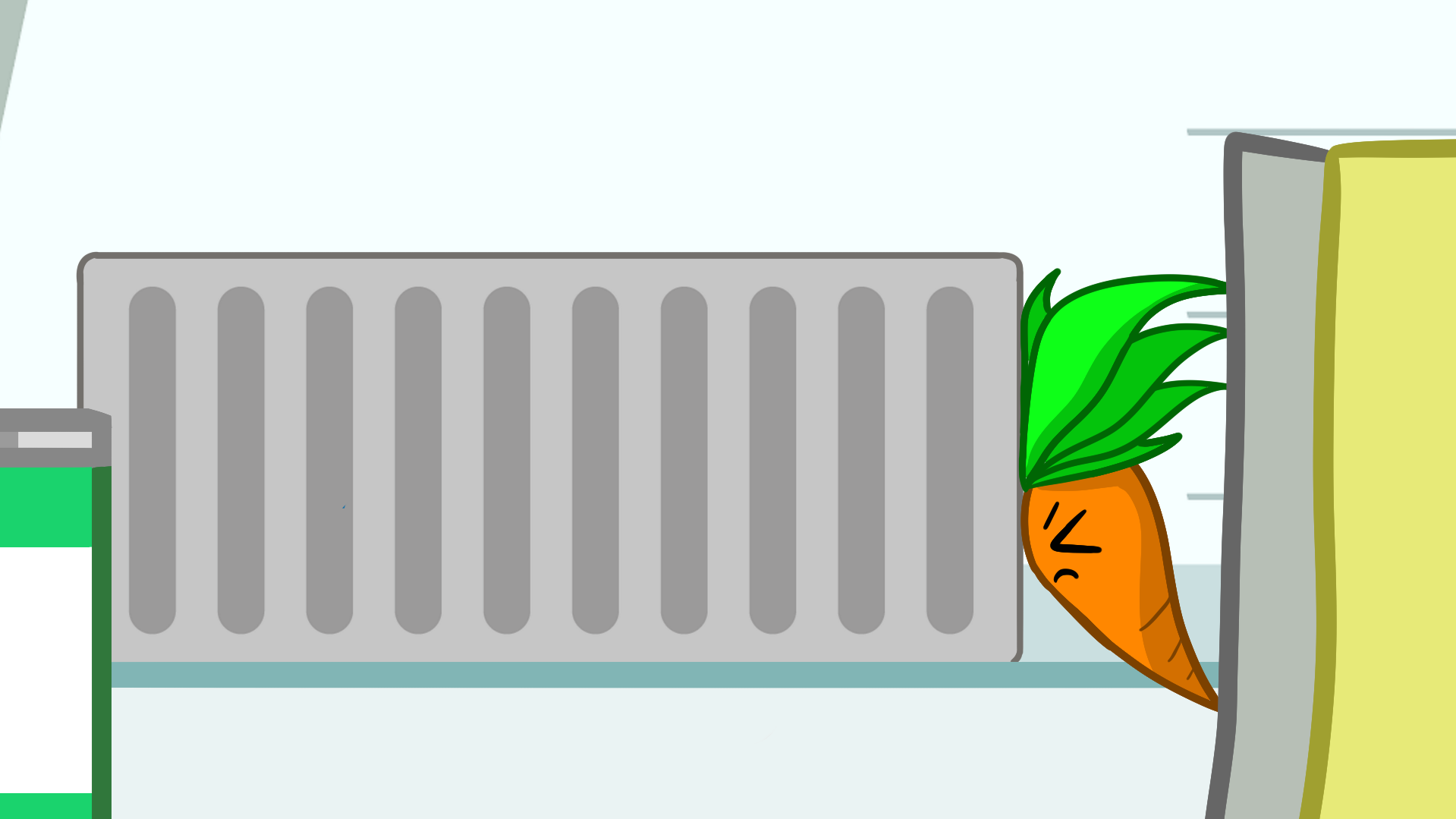 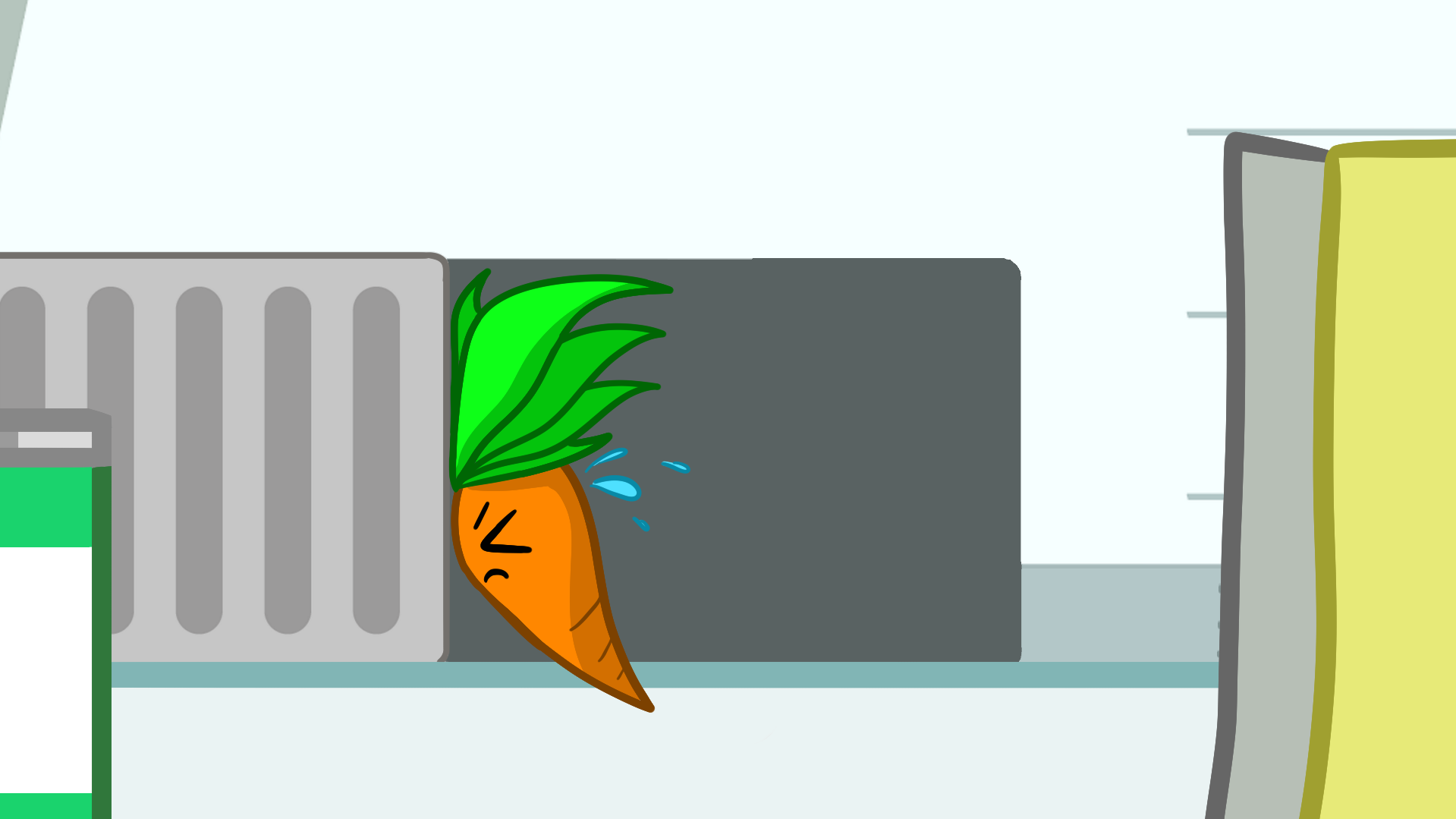 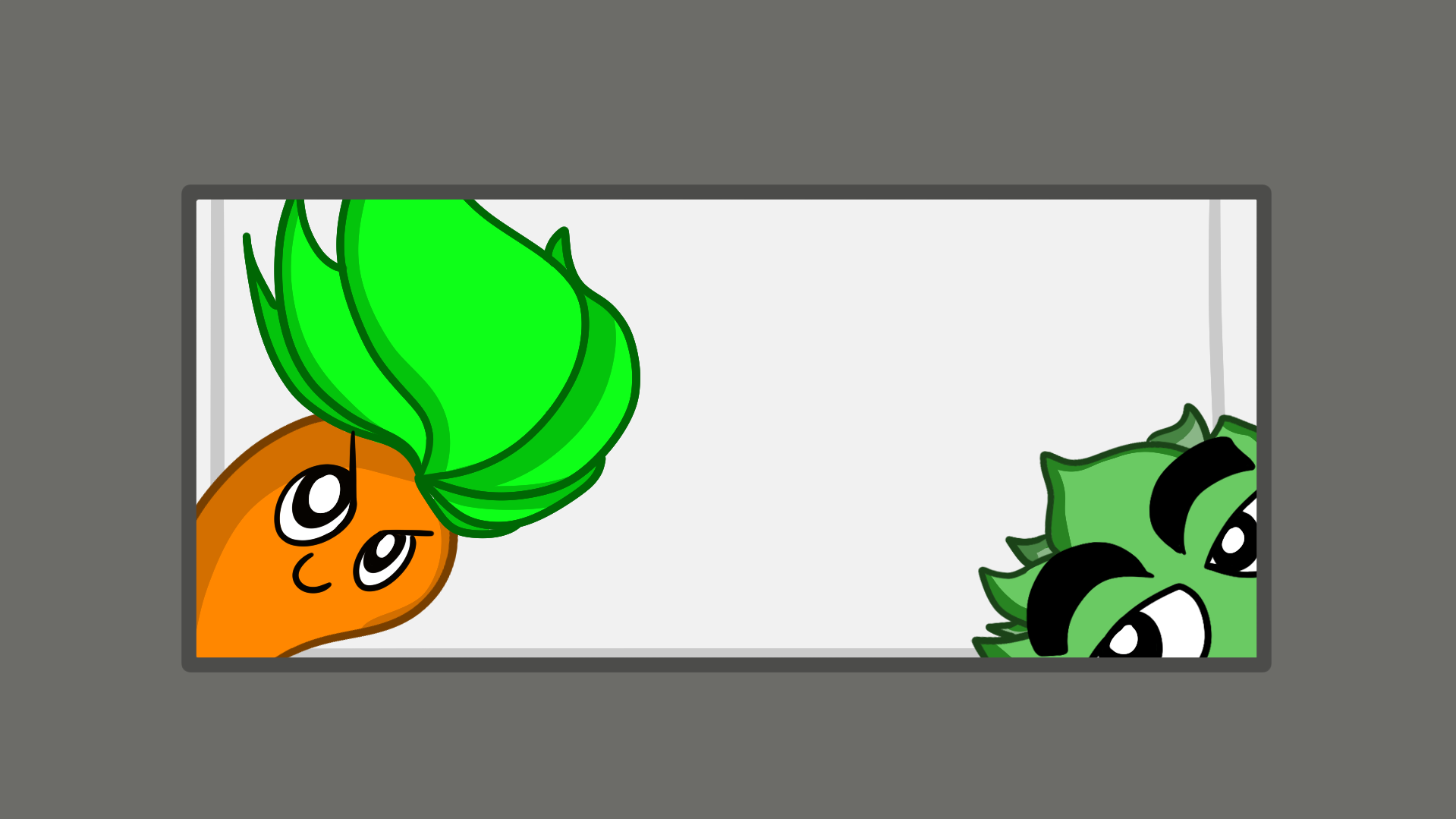 Finally, i have 2 more illustrations ! One for when you're dead (like for exemple when you touch a bubble), and one with all your food friends when you beat the game ! Congratulations !! 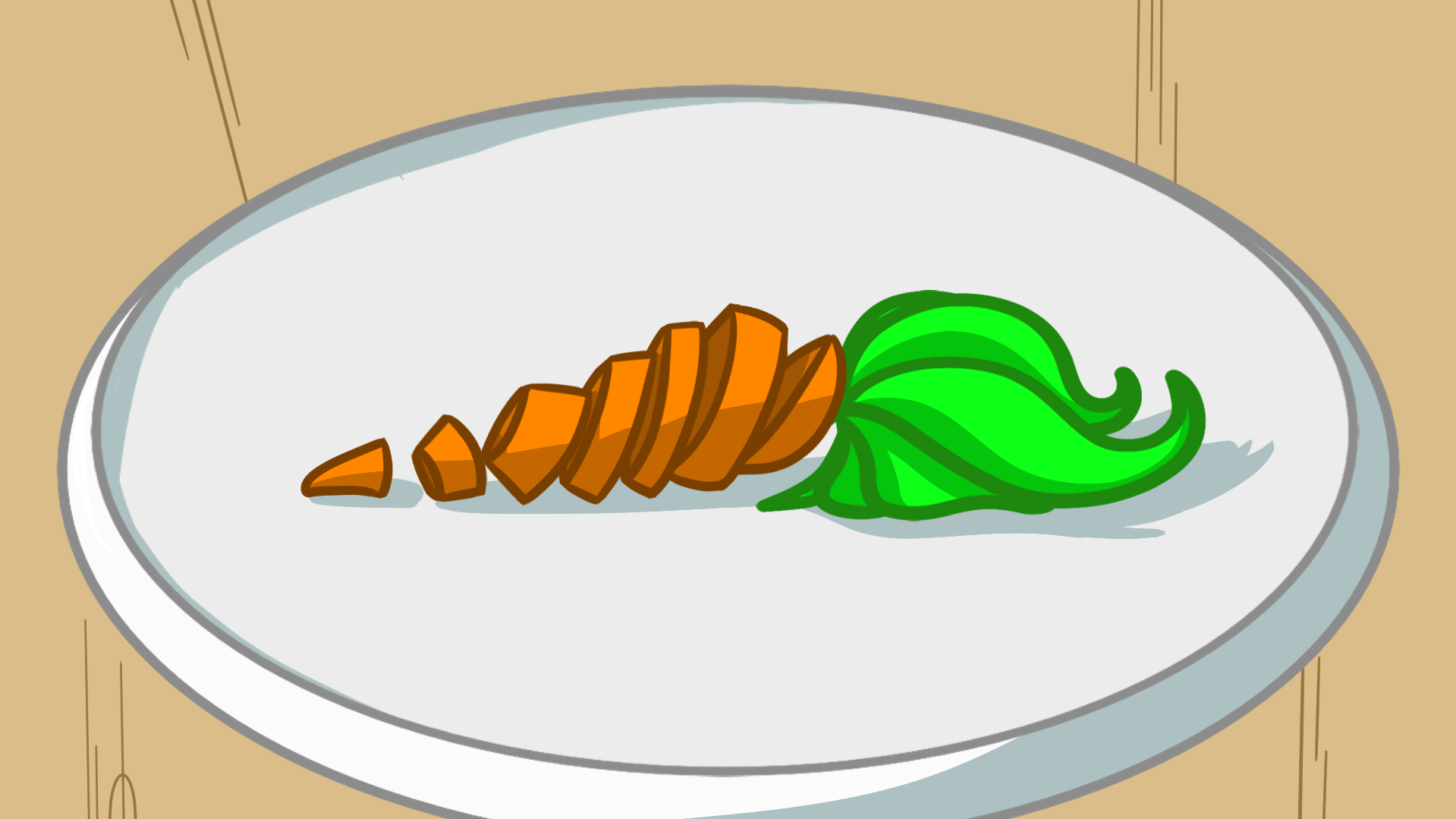 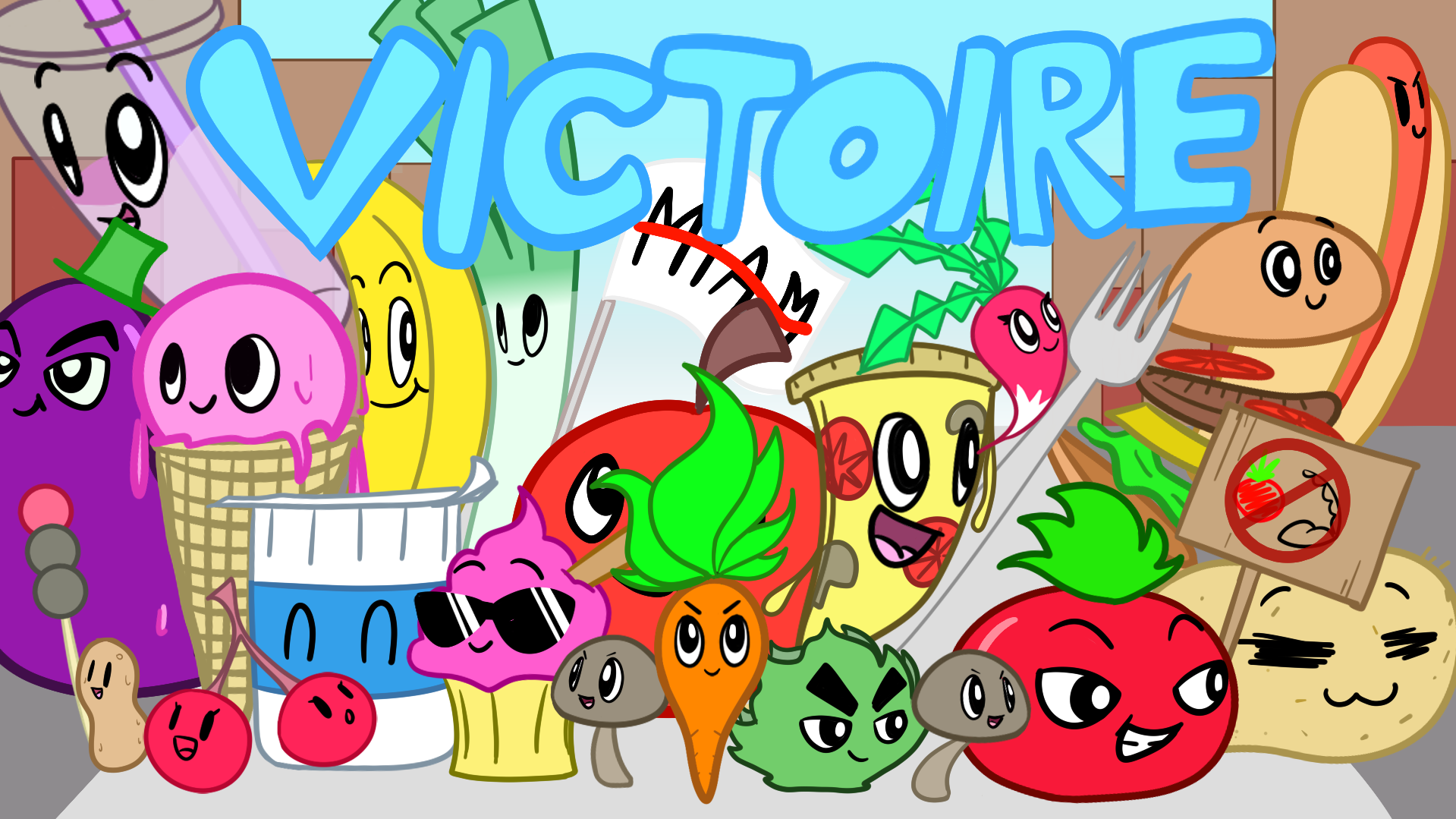 Also, finally, i've done an icon for the game, when it's on your desktop for example ! 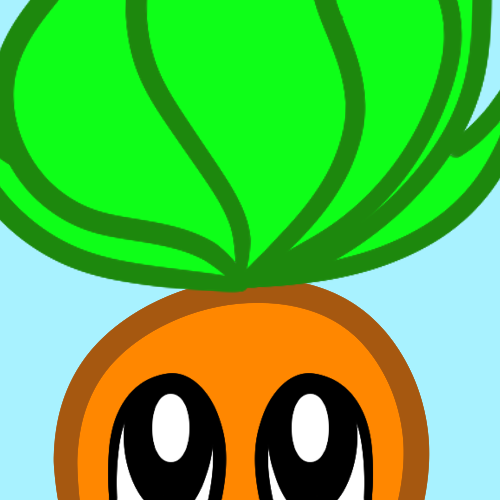 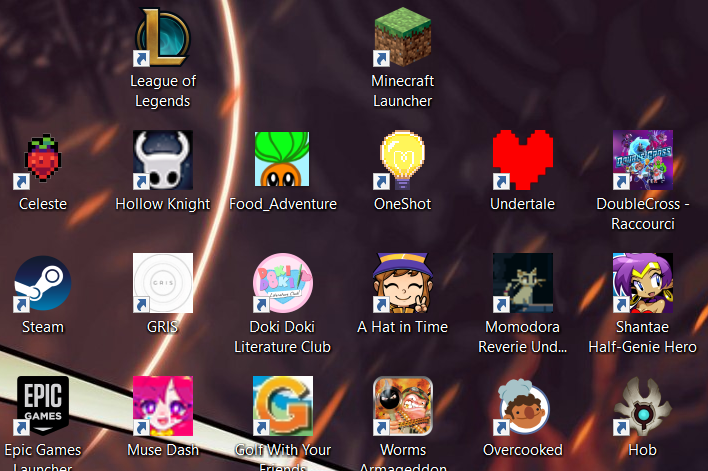