For the begining of the week I worked on the Taris's background, so I started by drawing with the help of a reference's picture. 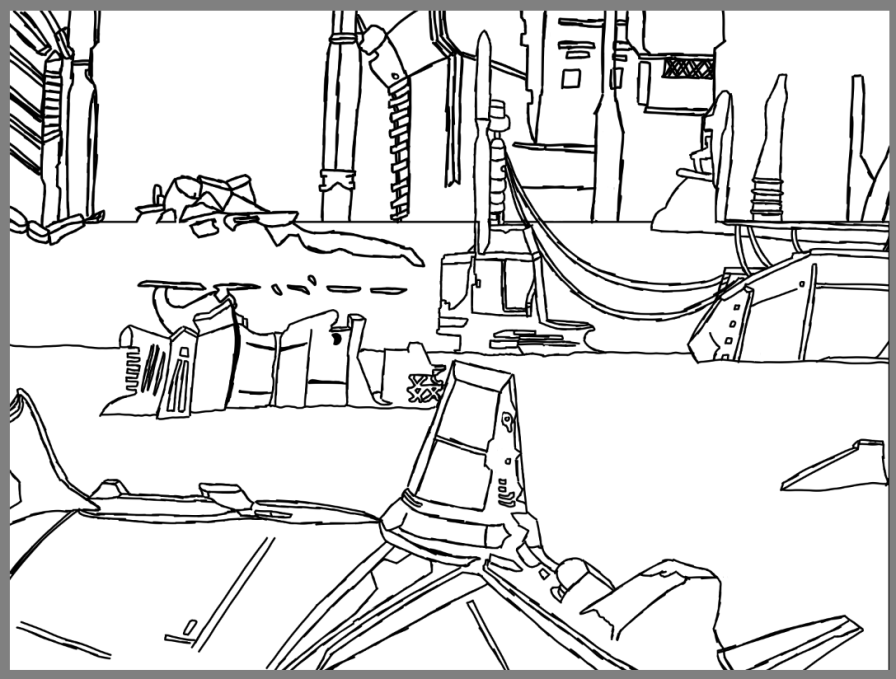 Then I used green and blue colors for have a "old" effect. 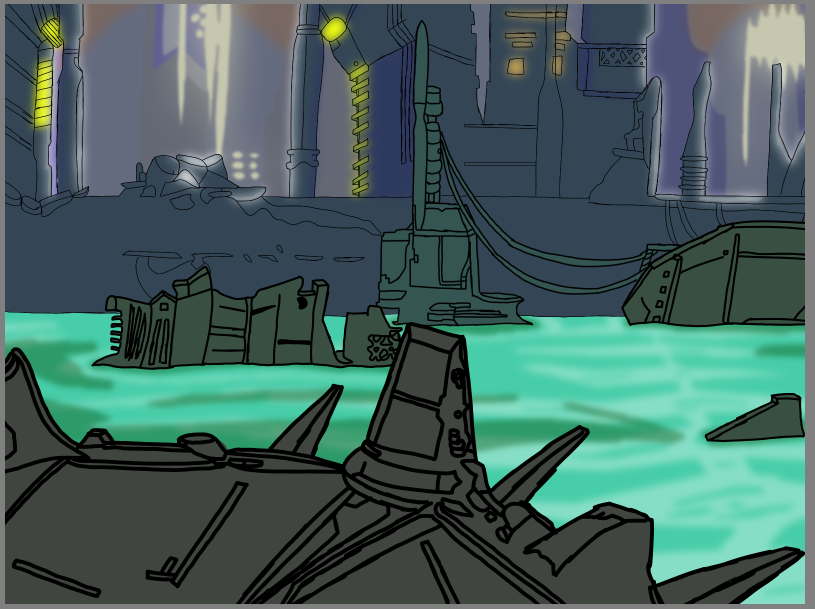 And I finished by placing the lights and the shadows. 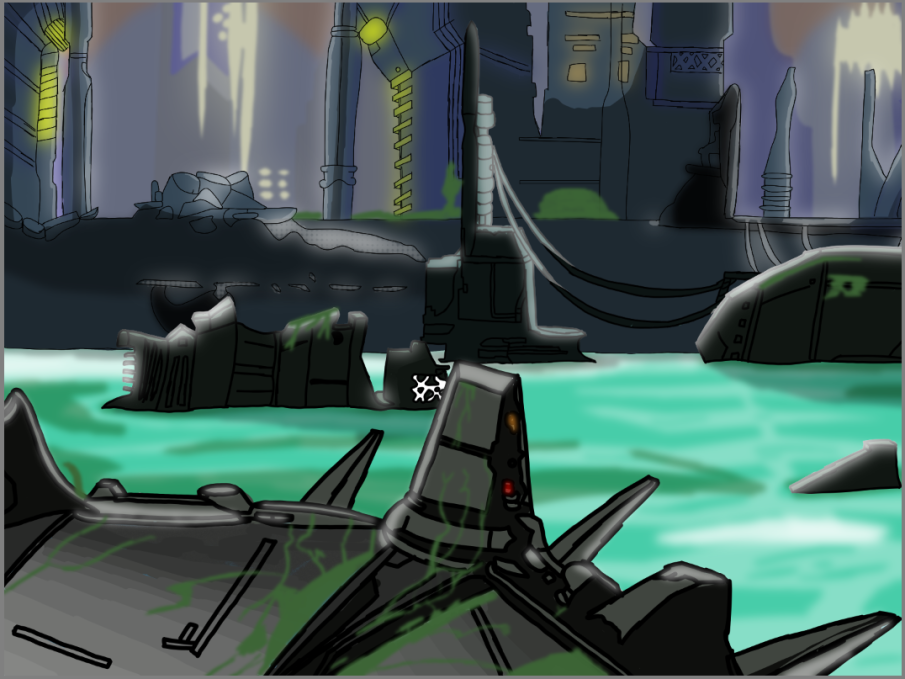 And just after I was on the Dagobah's background with the same method, without colors : 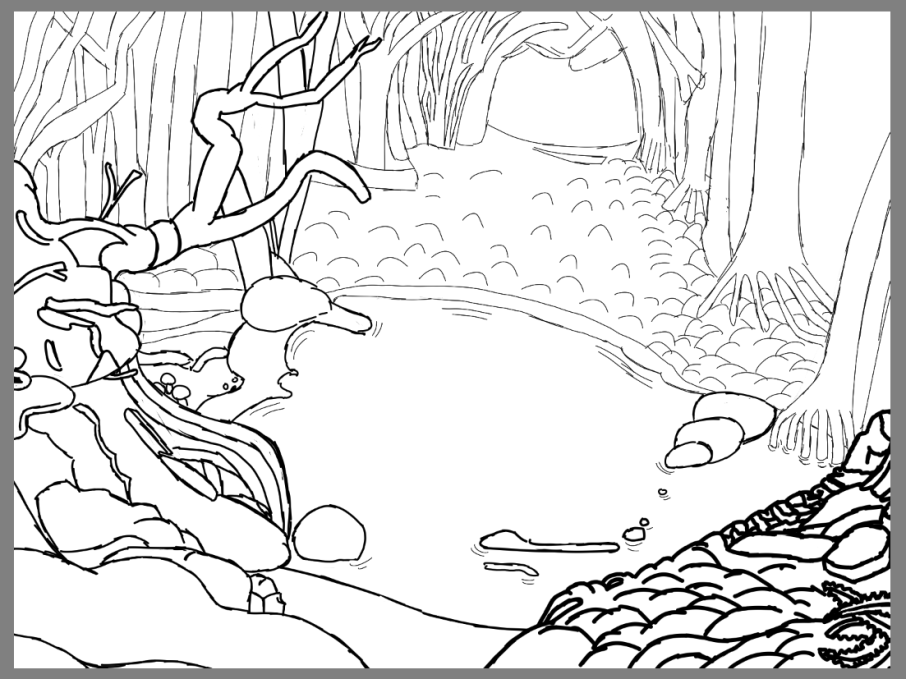 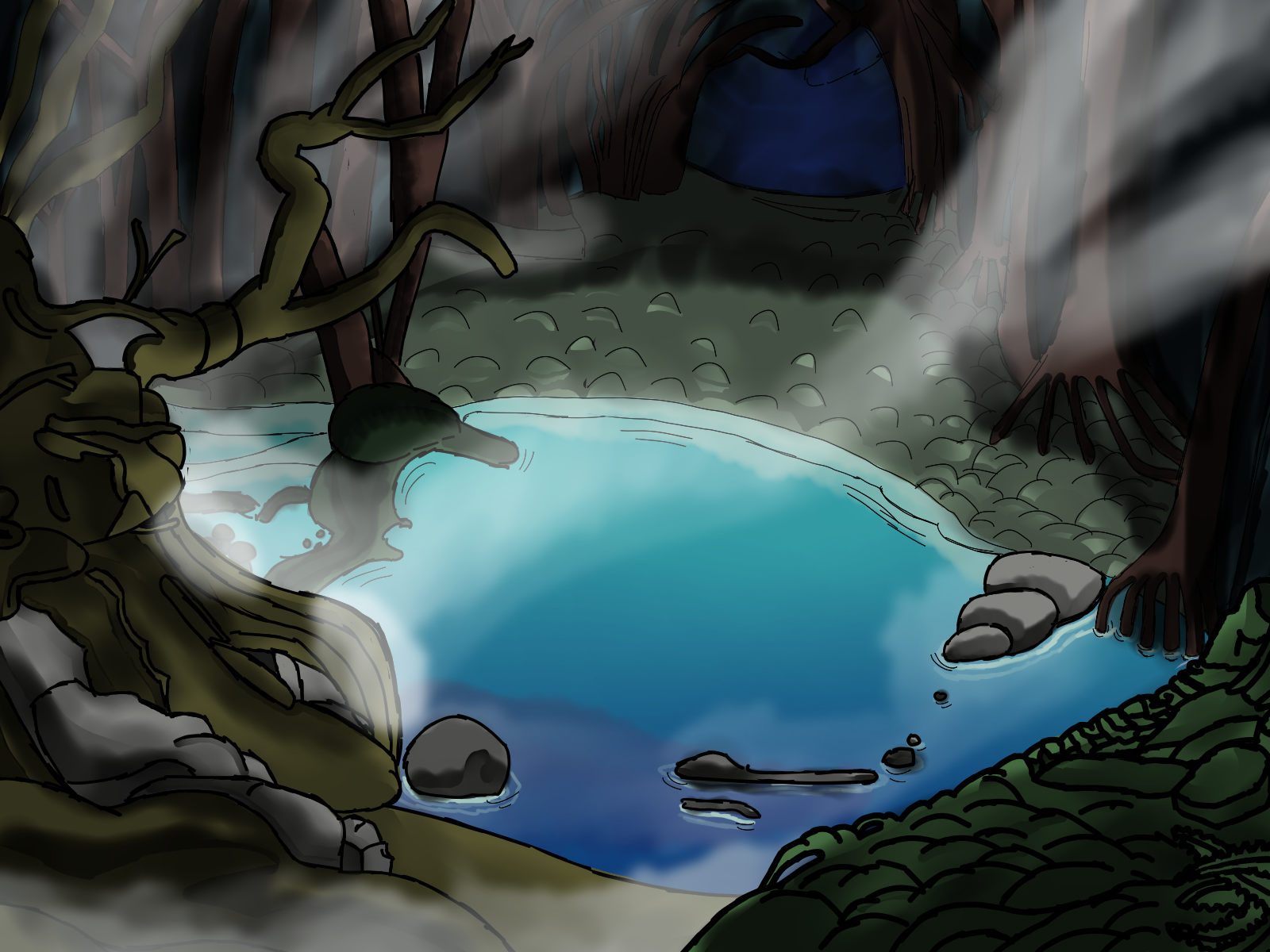 I did a cantina with the same method too : 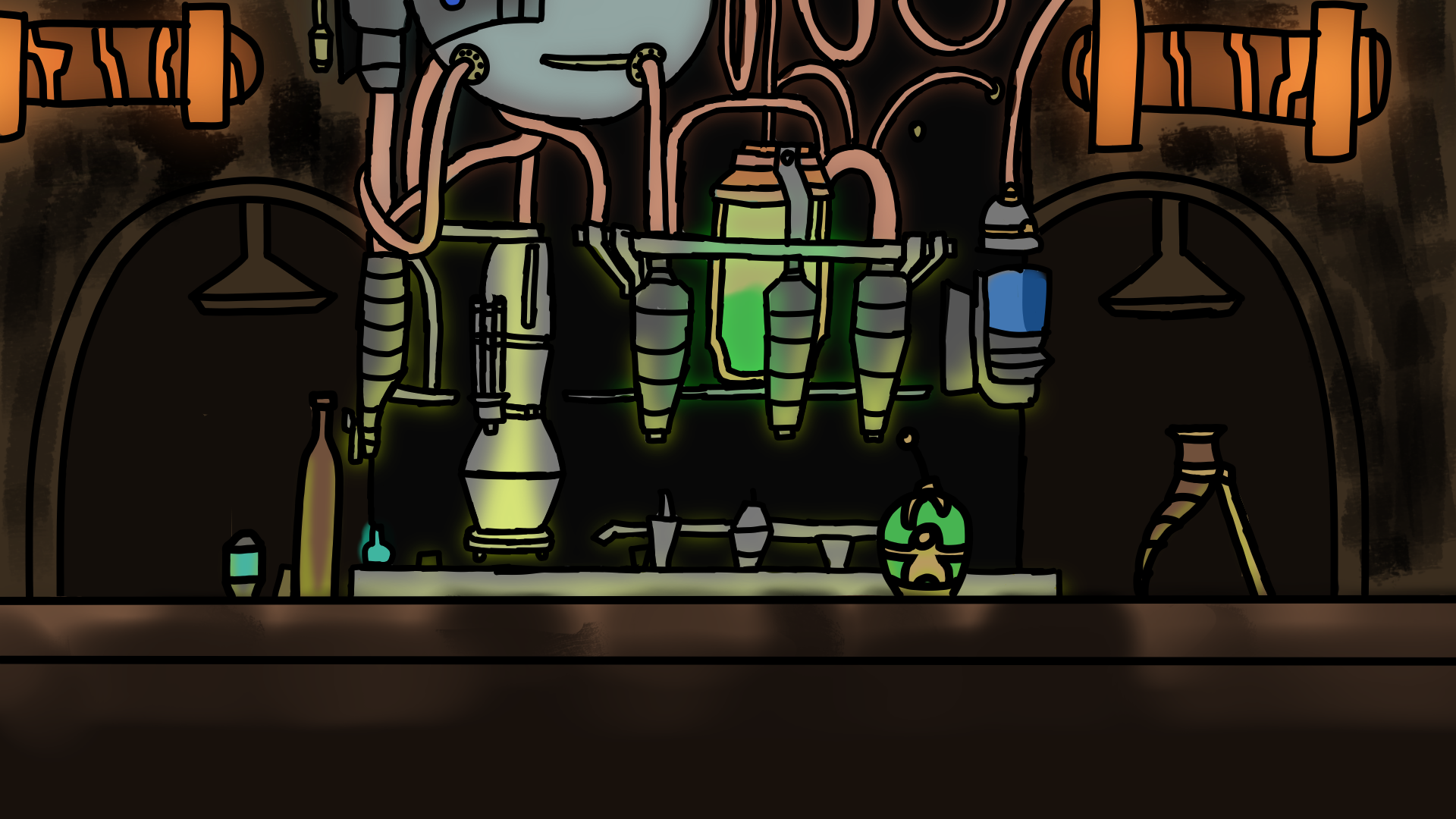 And after this I worked on the characters and "Hylda" have probably too much characters so I will just explain shortly how I did, first Vauban :

Vauban is a Sith lord, he must have menacing and "brutals" colors, I made him with exagerated proportions for made him more massive. 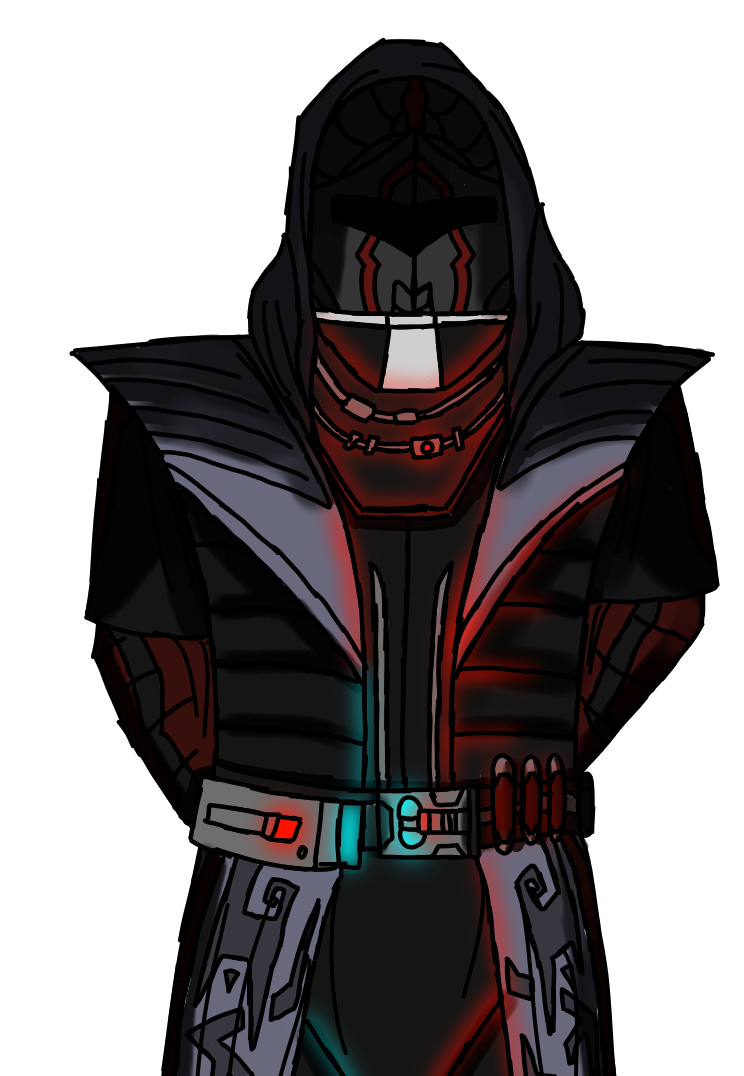 In second I was doing Kireal, he is a Jedi knight and kind of the opposite of Vauban, I made him with less shadows and fine proportions : 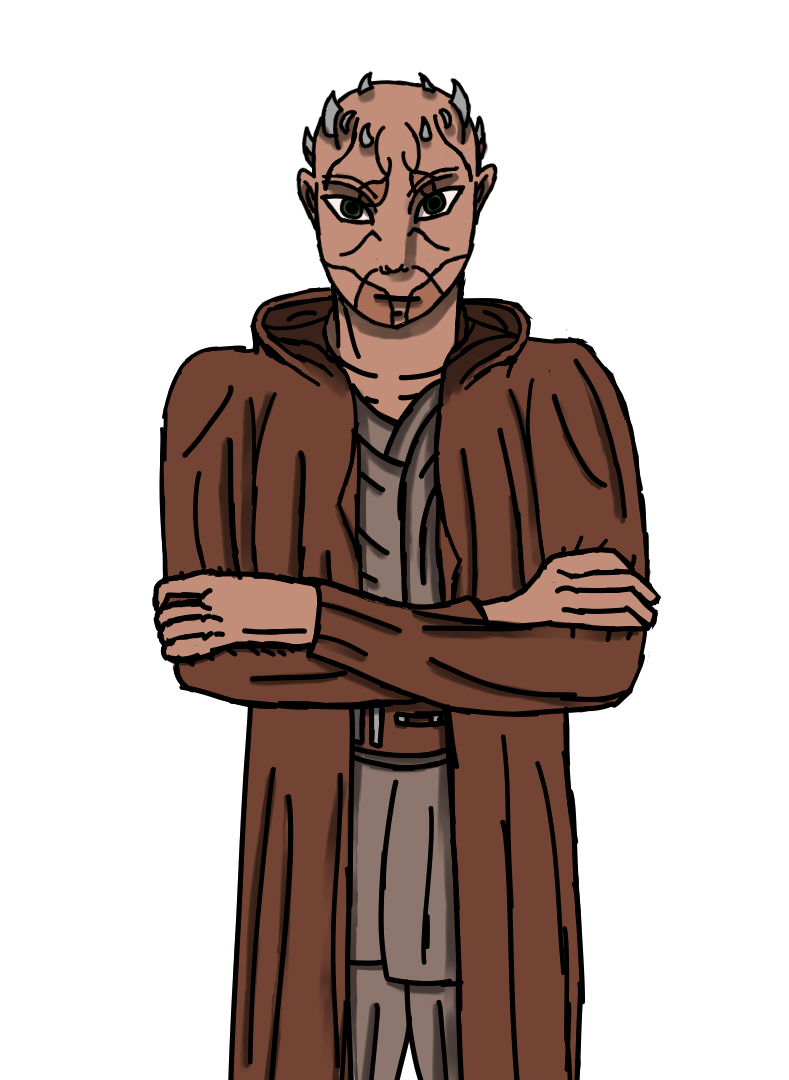 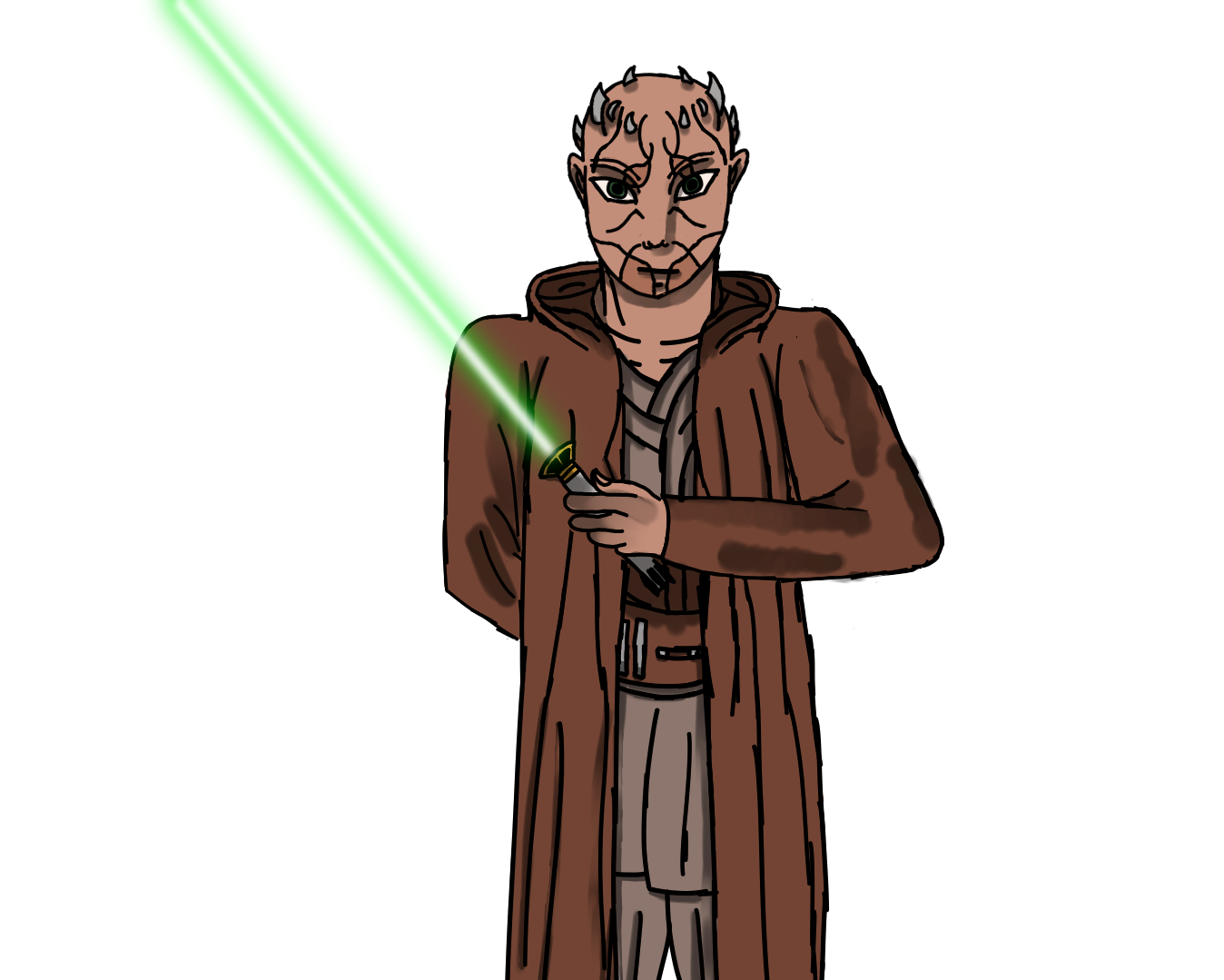 The next Character is Digh, a Rodien, it was difficult to make his tortoise shells without made him too scary, I also tryied a new shadow's making system : 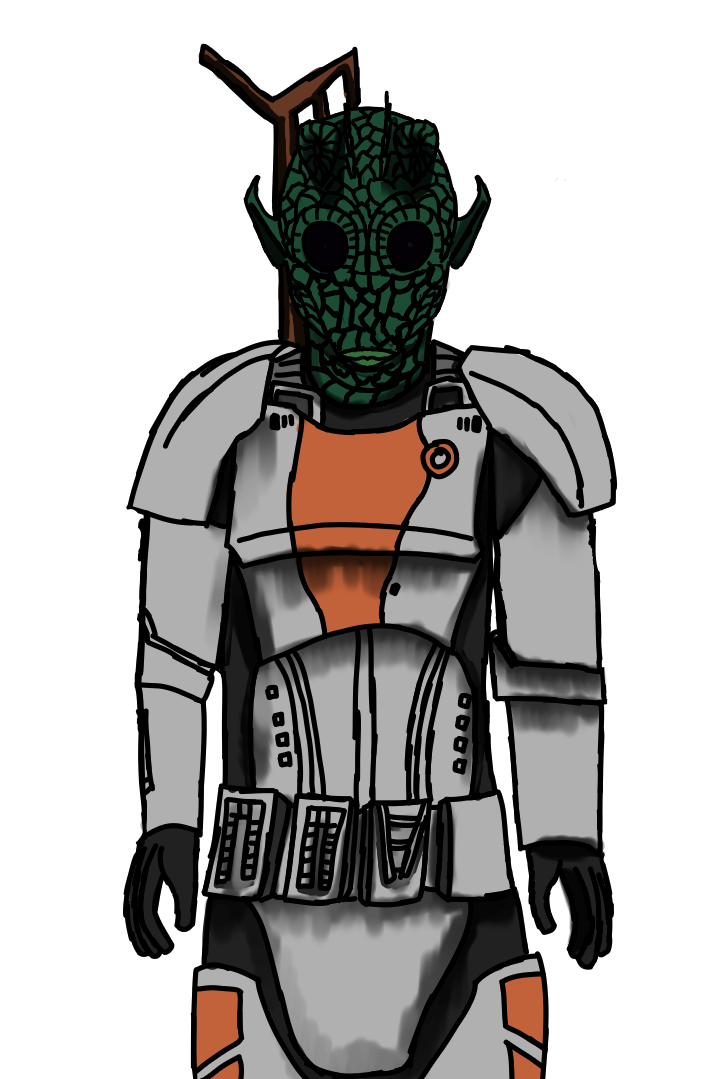 The fourth is the shadow's gost, it's an alternative version of the hero of the game, i made him all red for have a angry effect and for upgrade this I made some red and black smoke around him : 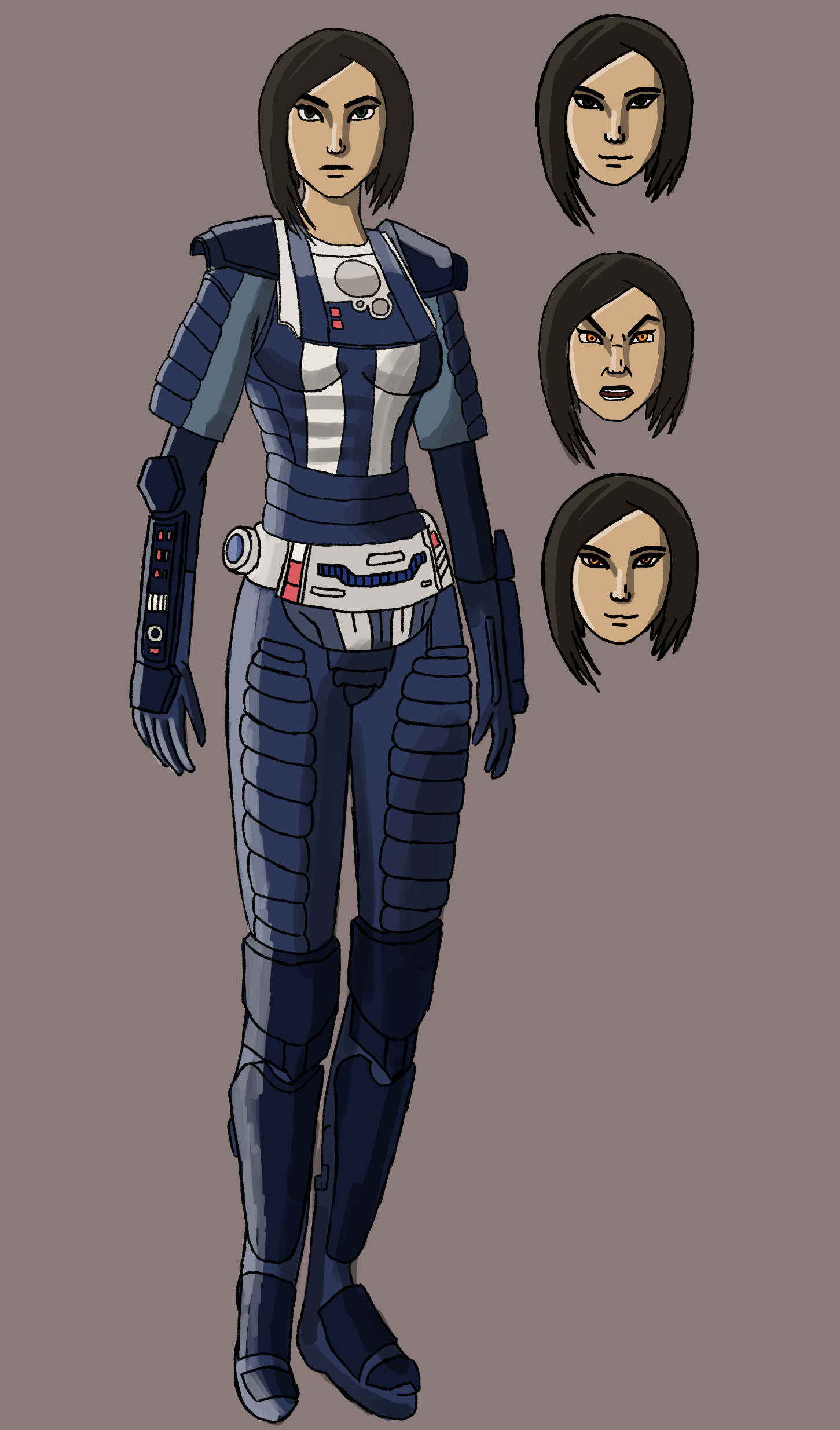 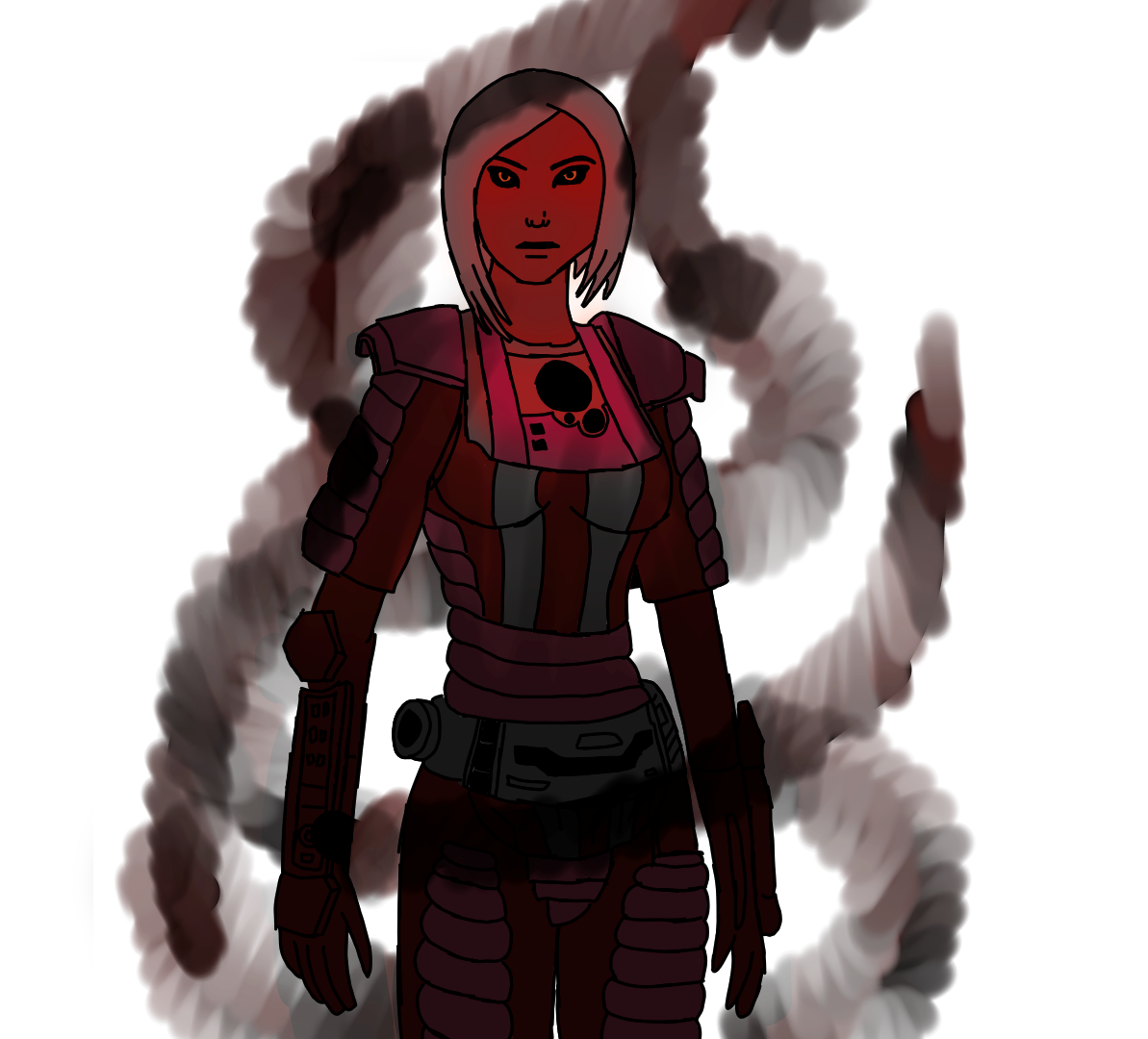 The next character is the soldiers, I made three side-by-side for have the impression to face an army, I made them with the exemple of the sith's soldiers of "star wars the old republic", like vauban they have massive and overstated proportions : 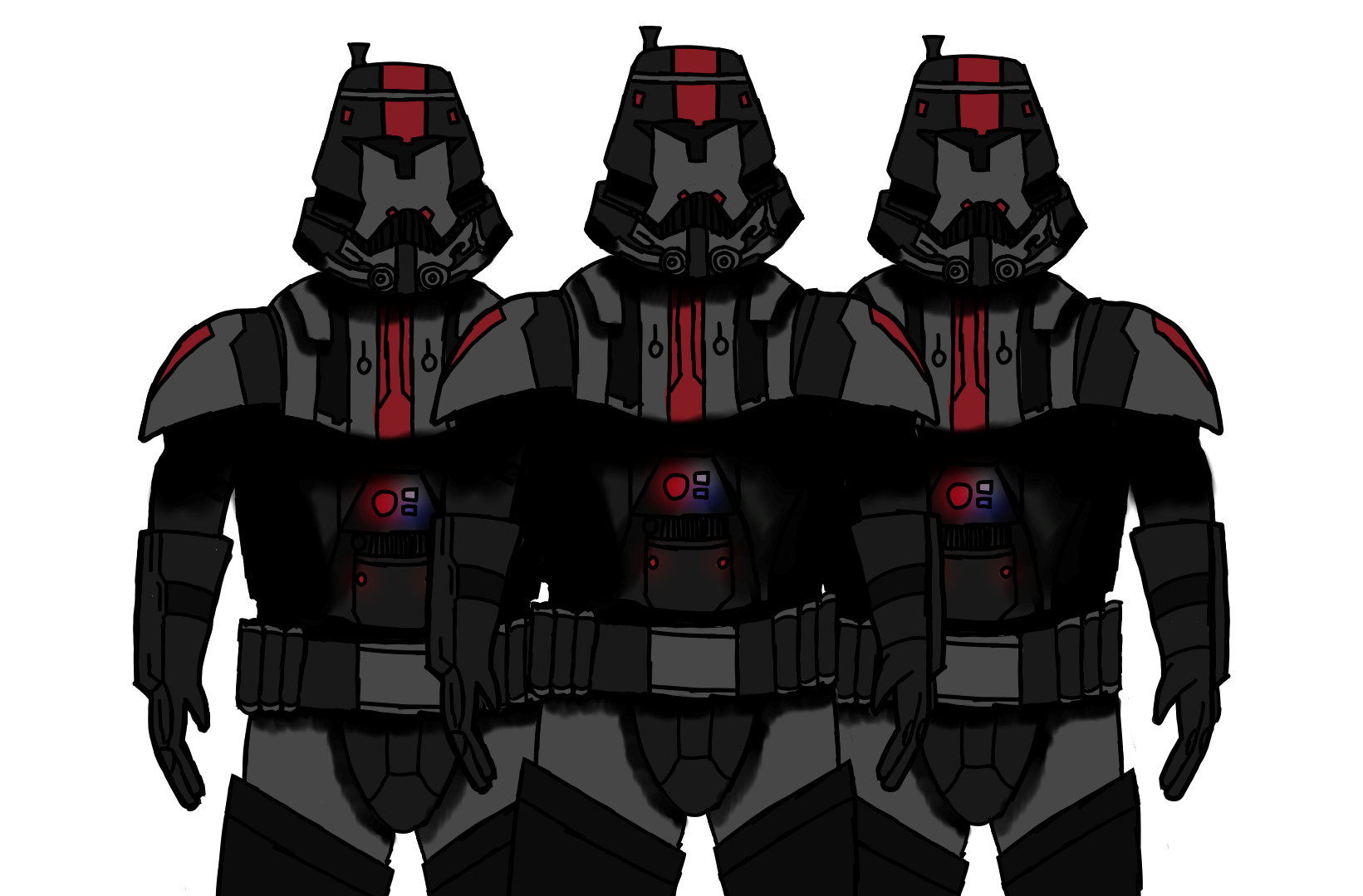 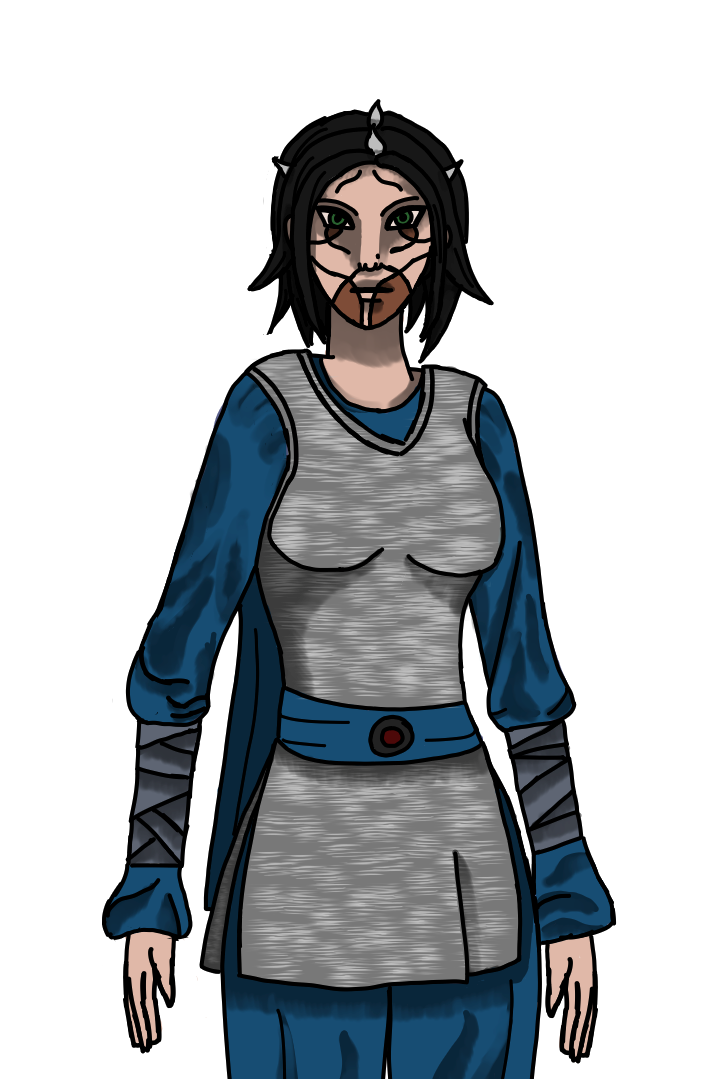 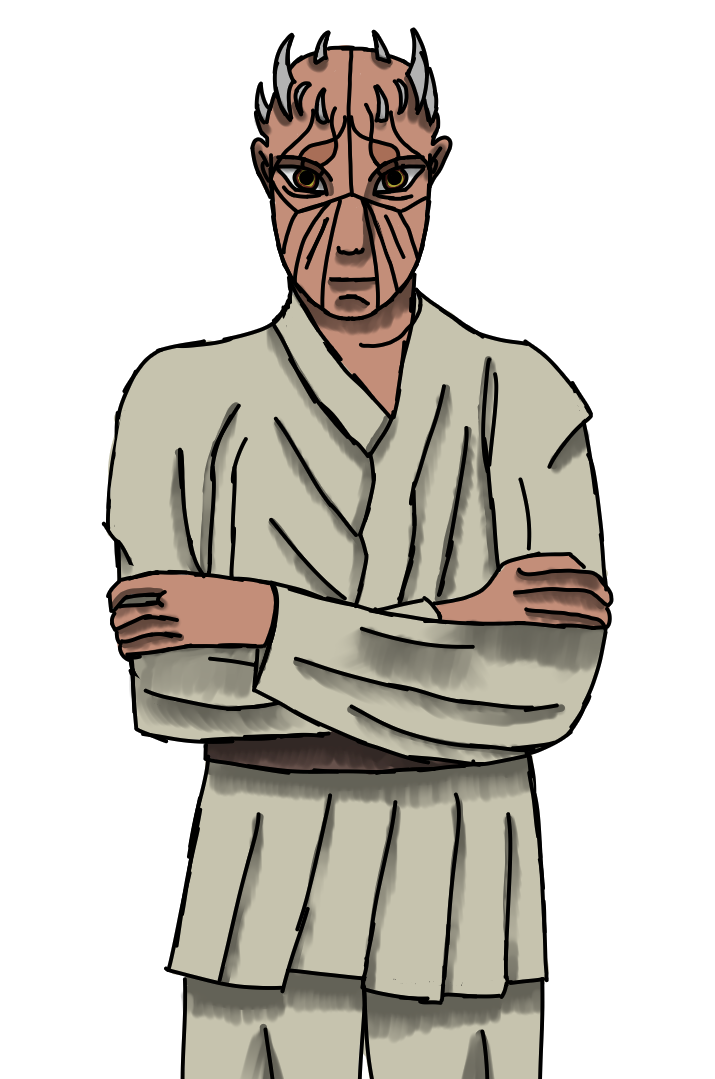 "Hylda" was an intersting project, but I didn't get the time and the motivation for doing clean dialogs, they was incoherence and choices problems since the beginning, i don't think doing a visual novel on the star wars universe was a good choice too.